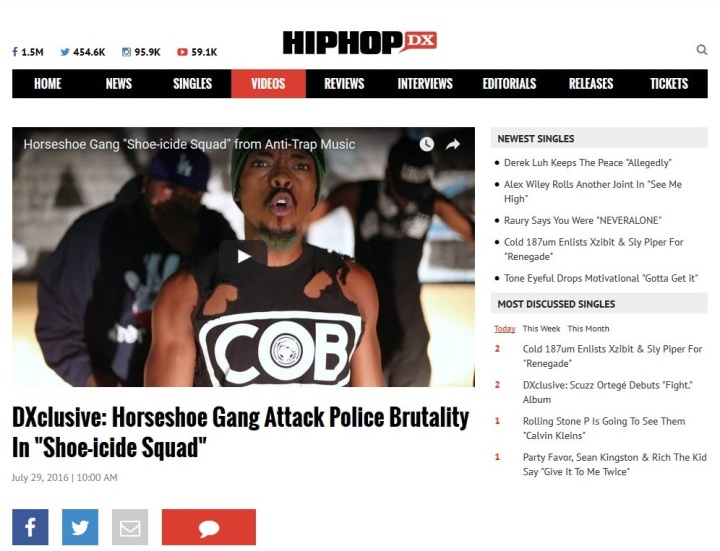 Long Beach crew Horseshoe Gang released their album “Anti-Trap Music” on April 29th, and within a week it entered the top 50 of iTunes’ charts in 15 countries.

From it was the single “Shoe-icide Squad”, the group’s savage verbal attack on police brutality against the black community, delivered with a ferocity that drew many to compare it to NWA’s “F*ck The Police”. The appropriately raucous beat is courtesy of Danish production duo Tabu (Kendrick Lamar, Schoolboy Q, Tech N9ne)

With the recent events in Minnesota, Louisiana, Florida and now Canada taking place in the midst of political upheaval, the west coast rappers have put their full weight behind the Black Lives Matter movement by releasing this new official video, premiered by HIPHOP DX 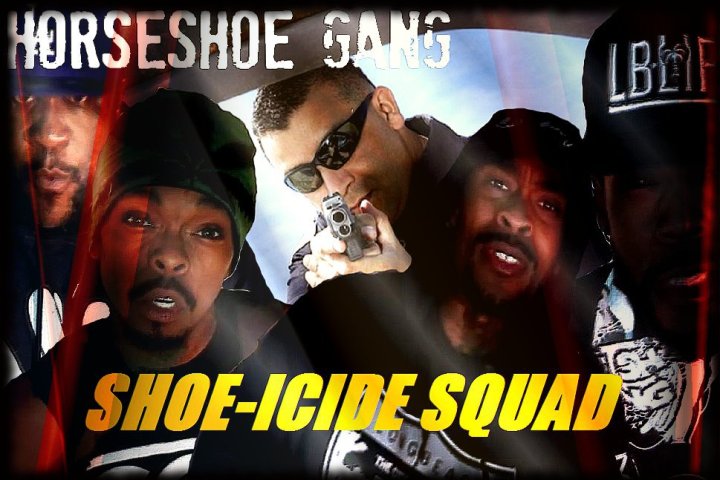 All press, media and radio station enquiries regarding Horseshoe Gang, including requests for full quality dirty & clean edit mp3s of “Shoe-icide Squad” for airplay, can be sent to us at UrbanElite PR. All our contact details are HERE