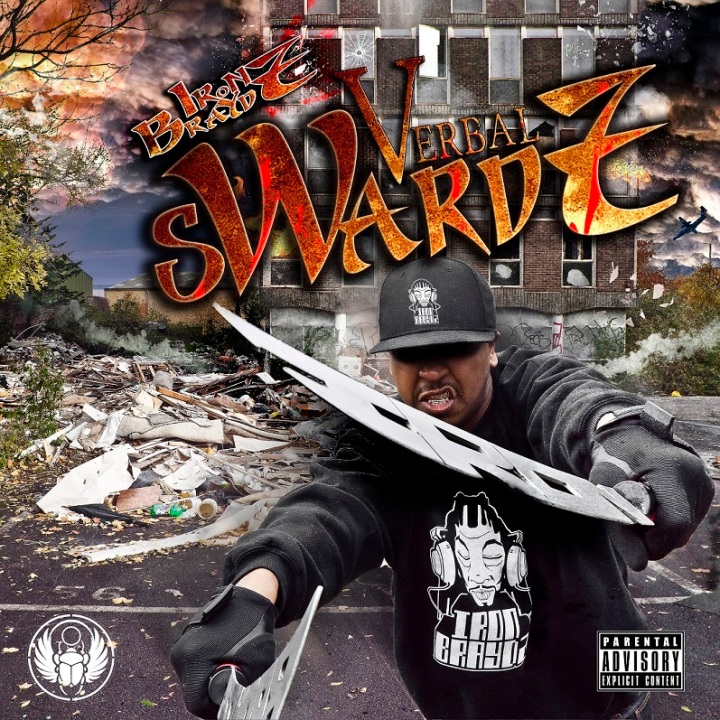 It’s been a couple of years since his last official release, but one of the UK’s most respected hip hop lyricists Iron Braydz has been putting in the work and is back with a vengeance.

2013 saw the north London MC join old sparring partners Melanin 9, Cyrus Malachi and Phoenix da Icefire as the most recent addition to the Triple Darkness crew while remaining a regular feature on the city’s live circuit. It was also a year which saw him on set appearing in a new upcoming Simon Baker film and spend many hours in the lab recording a series of releases for the year ahead.

The first of these is his new Verbal sWARdz EP which releases on 14th April. Mainly self produced, the 10 tracks include features by Sean Price, Kyza, Skriblah, Triple Darkness and on this new Daniel Taylor produced joint Millennium, there’s a welcome appearance by Organized Konfusion’s Prince Po.

International media will be serviced with the EP very shortly. Any press or magazines who wish a promotional copy to review, or to arrange an interview with Braydz should send their request to UrbanElite PR HERE

Similarly any dj’s not already serviced with this track looking for the full quality clean radio edit mp3 of Millennium…and given the feedback we’ve had, this one’s gettin rinsed!….again just get in touch and we’ll get it through for you