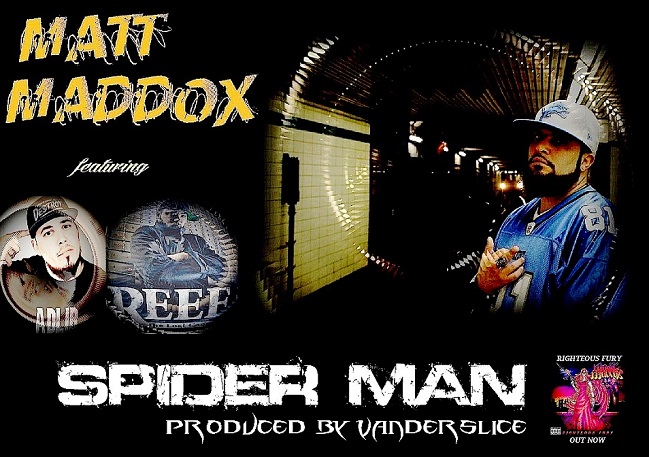 Matt Maddox released his sophomore album “Righteous Fury” this week, and celebrates with the launch of this new joint “Spider Man” produced by Vanderslice. It also features Reef the Lost Cauze and Battleaxe Warrior Adlib, both of whom are currently on tour with Maddox

You can catch them at the following venues

A video trailer was also released on Youtube over the weekend with “The Get Back” ft King Magnetic produced by Skammadix as its soundtrack.