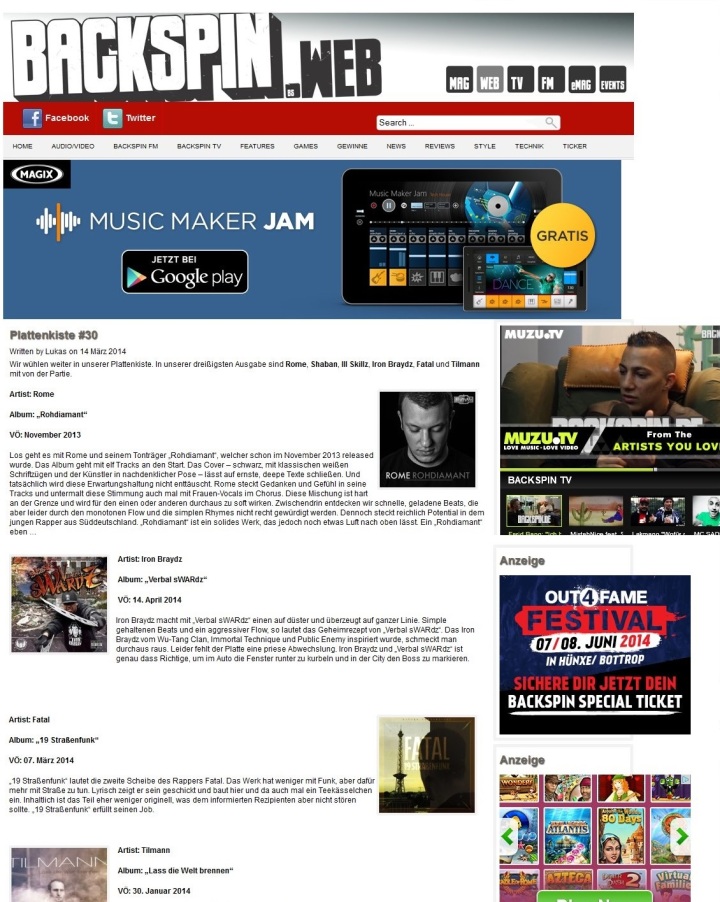 Germany’s Backspin Magazine compile a weekly column of hip hop & rap releases from around the world in their “Plattenkiste” series, snapshot reviews highlighting what they rate

They have just picked up on the new EP “Verbal sWARdz” by London rapper & producer Iron Braydz which releases on 14th April. The approximate translation reads as follows :

“Iron Braydz makes “Verbal sWARdz” dark and completely convincing all along the line. Simple beats and an aggressive flow is the secret recipe of “Verbal sWARdz”. That Iron Braydz has been influenced by Wu-Tang Clan, Immortal Technique, and Public Enemy you can sense throughout While the record may be missing a dash of variety, Iron Braydz and “Verbal sWARdz” is exactly the right thing to roll the car’s windows down and arrive in the City like a boss.”

You can read the whole column HERE

Long considered one of the most skilled lyricists in the UK, the newest member of Triple Darkness has picked up a lot of international media interest in this release, the results of which will be seen in the weeks ahead. The EP is the first of a series of releases planned in the year ahead, and taken from it is the joint “Millennium” which features Organized Konfusion’s Prince Po

All press & media enquiries regarding the release, requests for promotional copies of the EP for review, or requests to interview Iron Braydz, should be sent to UrbanElite PR HERE