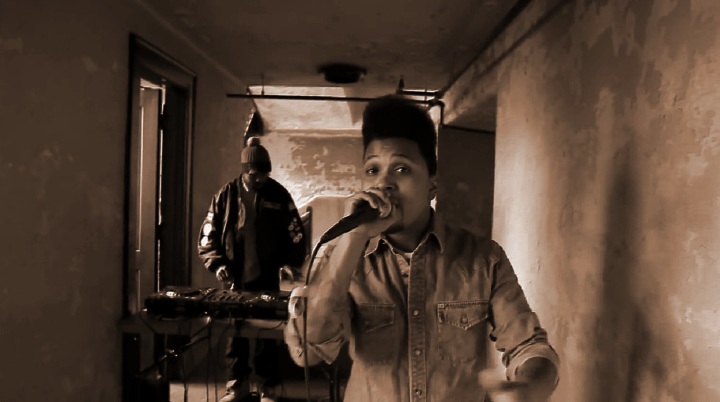 Cincinnati MC Buggs tha Rocka release his new album “Scattered thoughts of an American Poet” on 10th December 2014, available as a free download from his BANDCAMP and also via the MyMixtapez App for mobile devices.

The latest international publications to feature the release are the UK’s online Sampleface, with a review written by their contributor Taytula Burke, and the US online Embassy Interactive, written by Vinny Sciascia 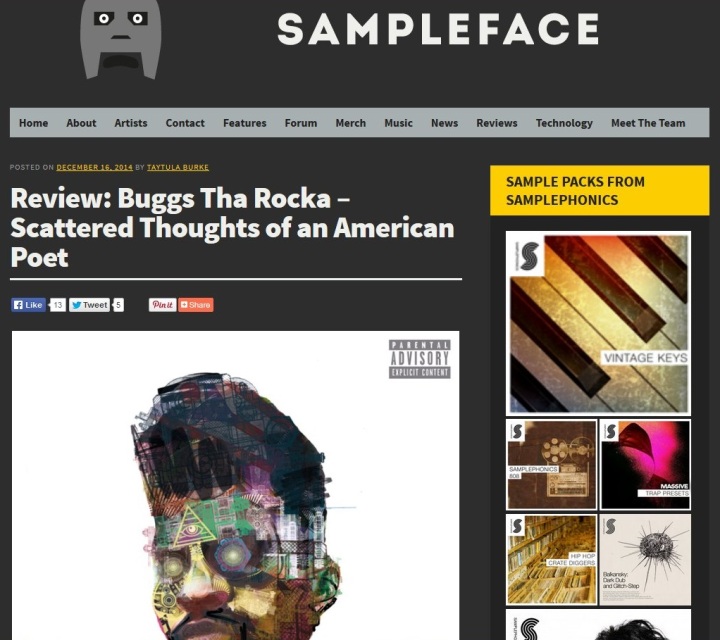 Reflecting on the eclectic nature of the tracks, thanks to production from Illmind, Hop Trax, Beats McGreevey, Jake One and Sal Dali, and the range of styles delivered by featured artists such as Tanya Morgan, Chuck Inglish, Aida Chakra, Pappadon, MOOD, Phoenix Aphrodite and Piakhan, the review by Sampleface, which offers the release a 4/5 rating, concludes “Buggs serves up a free album – Scattered Thoughts of an American Poet – solidifying his position as one to watch for the coming years…” 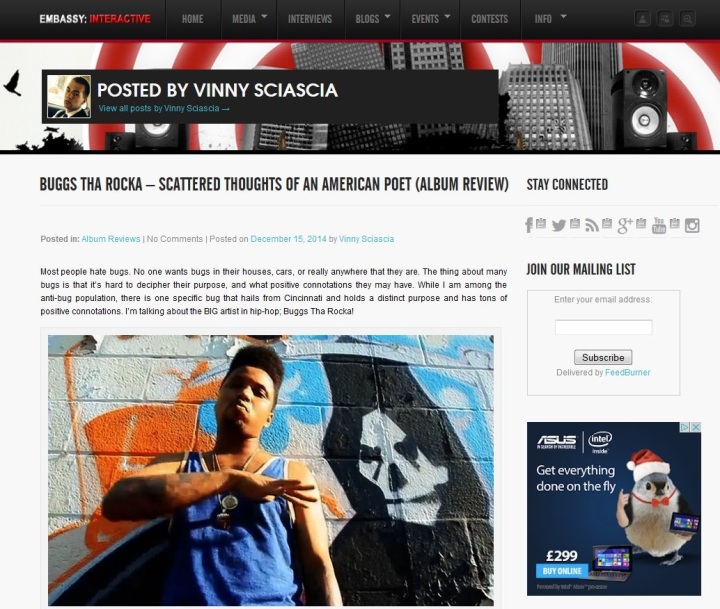 Having already published an earlier interview with Buggs, US online Embassy Interactive drafted in Vinny Sciascia who runs the Undercover Album Review site to run the rule over the 19 track offering. In an in depth assessment, the review summarizes “He created a great piece of work..strong raps, strong beats…take my advice and get this project.”

The album was also mentioned in despatches by the US online The Sermon’s Domain in their weekly round up of “Notable Music of the Week” alongside releases by Alex Wiley, Chase n Cashe and Jazz Cartier. The feature is HERE

Look out for further international press coverage on this release in the weeks ahead, and meantime connect with Buggs on twitter @BuggsThaRocka and check out the full album stream released onto Vimeo recently.