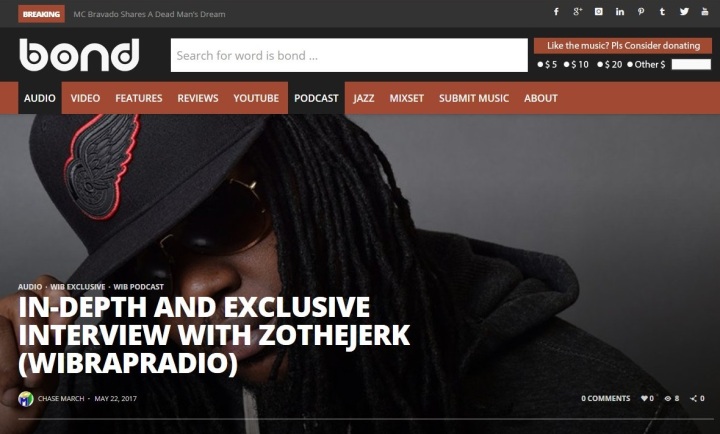 Host Chase March spoke with him ahead of the release of his new album “Black Beach” produced entirely by Winnipeg based Frost Gamble on Friday May 26th.

During the interview they discuss how being outspoken can be both a curse and a blessing, the importance of life-long learning, being authentic in hip-hip music and culture, the N-word, and much, much more. Several tracks from the album are also aired together with great music from artists such as 9th Wonder, KRS-One, Celph Titled, Brother Ali and Organized Facts to name but a few.

Listen back to the whole show via Mixcloud

Among the tracks played during the show was their first single released from the album, “Risk vs Reward” featuring Sadat X.

Look out for coverage of the album in a wide variety of international publications including the renowned MOJO Magazine later this month, and meantime keep up to date with ZotheJerk and Frost Gamble on social media via Twitter @TheJerkNation & @FrostGamble and over on their joint Facebook Page

All press, media and radio station inquiries regarding ZotheJerk and Frost Gamble can be sent to us at UrbanElite PR. Our contact information is available HERE