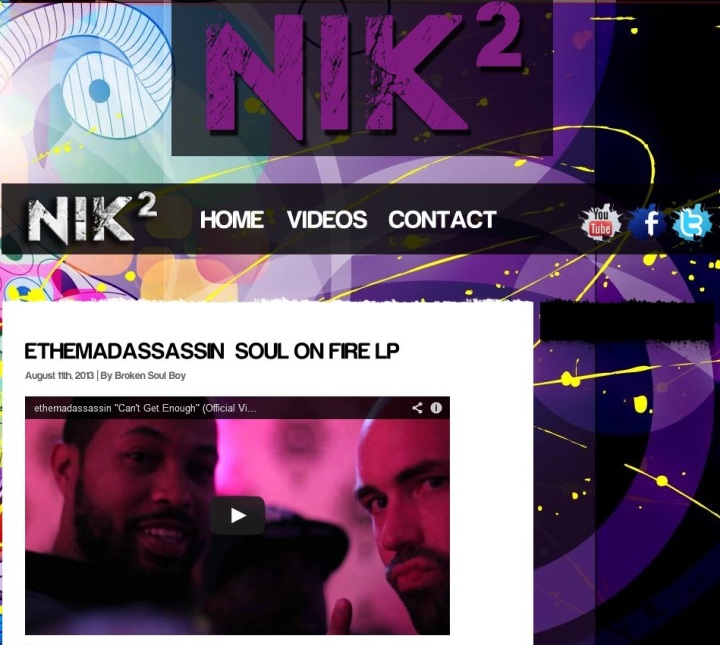 Hard on the heels of a weekend when Choice FM London’s legenadry DJ 279 was going in hard with E’s singles Tiger Blade and Can’t Get Enough, the new review picks up the baton of support for this artist who started out in North Carolina’s rap battle scene in the 90’s, released two previous solo albums, moved to LA to form Veteran Assassins, and is now enjoying trans – Atlantic support for his 3rd solo LP.

The review acknowledges that “he continues to fly the flag for native Hip Hop with that old skool, organic soundscape.” and that on the album itself “A collection that is firmly rooted in a classic Hip Hop sound, that does honour its heritage with some slick beats and engaging lyricism”

Summarized “Fans of the vintage Hip Hop sounds that are being maintained in today’s generation thanks to the likes of Talib Kweli or Torae, should definitely investigate this album as this is well placed in your collection. But on top of that, a few punchy singles are lurking away on this album, which should be checked out in its own right, especially the ‘80s & 90s’ jam.” you can read the whole review HERE

Look out for a new single being released shortly together with new features & reviews. Meanwhile, check out the single Tiger Blade and video Can’t Get Enough

Any media, press or radio/club dj inquiries about this release should be sent to UrbanElite PR HERE