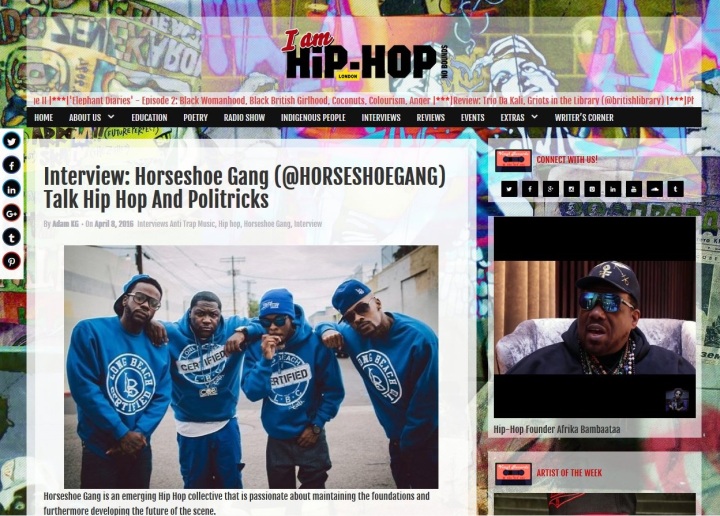 London based I Am Hip Hop Magazine is both an online and physical printed publication which over the past few years has built up a strong readership based on their reputation for focusing on the traditional and authentic elements of the genre, featuring artists where the emphasis is on quality lyricism.

They sat down recently with westcost group Horseshoe Gang in the build up to the release of their album “Anti-Trap Music” on April 29th. They discussed the motivation behind the album title and leading on from that the return of a more widespread level of lyricism emerging in hip hop today. The subject matter then moves on to their greatest challenges coming up as independent artists, the artists they rate currently in Long Beach and then turn to address the US presidential elections

Taken from the album, and available to buy now from iTunes, is their single Poverty Slogans

Look out for much more media coverage on the group in the weeks ahead. All further media, press and radio station dj enquiries about Horseshoe Gang and the album “Anti-Trap Music” can be sent to us at UrbanElite PR, contact details HERE