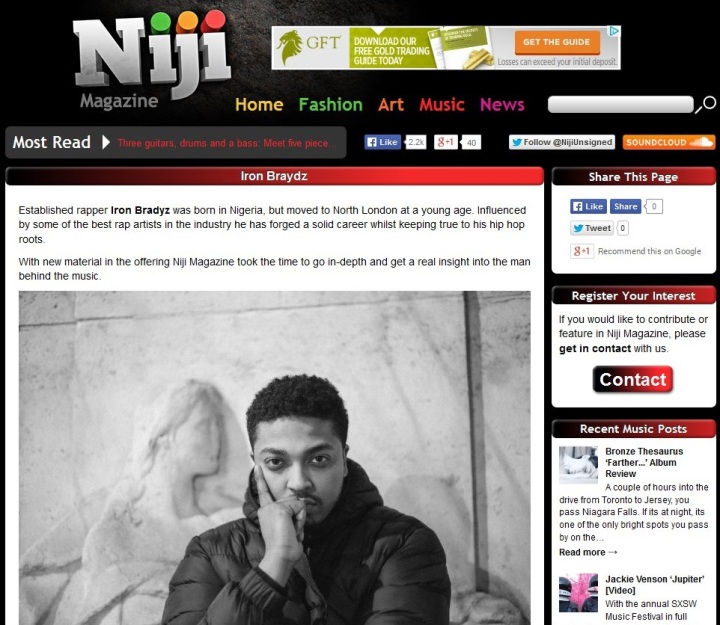 Ahead of the release of his new EP “Verbal sWARdz” on 14th April, Iron Braydz gives one of his most in depth interviews to date to British online publication NIJI Magazine.

He speaks on his move from Nigeria to Kilburn in north London at a young age, the early influence of hip hop in his life and what inspired him to become an artist, his earliest live shows & hosting events for DJ Premier, Joell Ortiz and RZA, working with UK producers Lewis Parker and Chemo and Stateside artists Sean Price, DJ Ronin and Sav Killz, his growing support in Europe, becoming the newest member of Triple Darkness, his role in a new independent film “Night Bus” and the recording process in putting the new EP together

The track Fiery Red featuring Sean Price was originally released to the internet a couple of years ago. Check it out

It’s set to be one of the hottest UK hip hop releases in the first half of 2014, and only the beginning of a series of releases whether as solo projects or via his involvement with Triple Darkness and FuFu Gang

All international press & media enquiries, requests for promotional copies of the EP for review, or requests to interview Iron Braydz can be sent to UrbanElite PR HERE