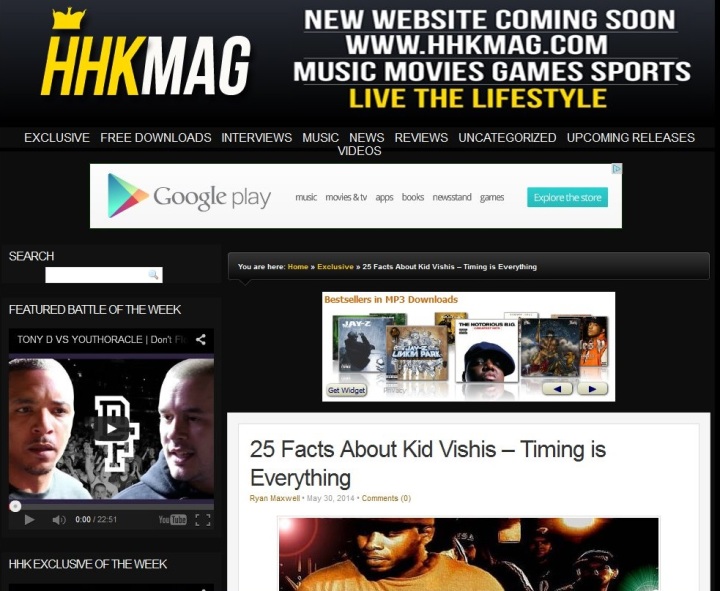 British online HHK Mag, known previously as Hip Hop Kings, has been running a series “25 facts….” where artists provide information about the making of their new album and other less well known details about themselves generally.

Latest feature is with Detroit’s Kid Vishis, the younger brother of Royce da 5 9, who releases his debut solo album “Timing is Everything” on 22nd July through Seven 13 Entertainment. It can be pre-ordered at www.seven13ent.com

As well as describing the recording process, he names his favourite rappers to spar with, favourite boxers, how he nearly became a sportsman before becoming a rapper and speaks on meeting Eminem in the studio. Read it all HERE

As mentioned in the feature, the album includes production by Mr Porter, Nemisis, Chase Moore and Toronto’s Nick Zervos. Check his lyric video for “Look at all my $hit”, a satirical attack on the big ballers with no dollars

All media inquiries regarding Kid Vishis and the Timing is Everything album, requests for promotional copies to review or requests to interview Kid Vishis, can be sent to UrbanElite PR HERE