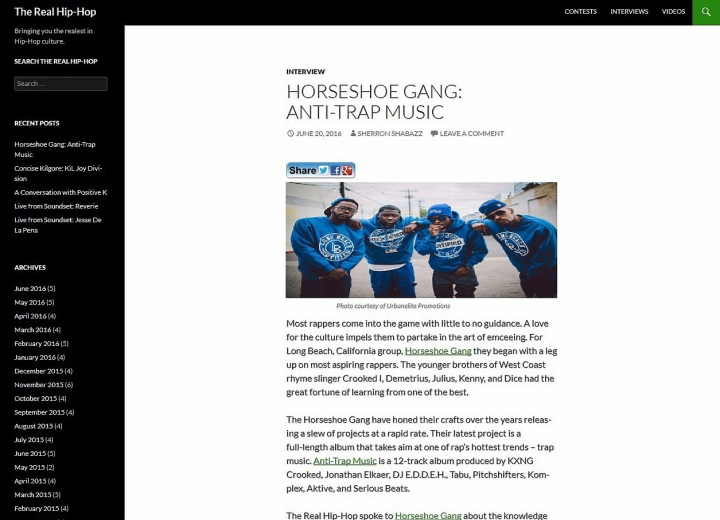 Little while back, Chicago journalist Sherron Shabazz, owner of the online The Real Hip Hop jumped on Skype with Long Beach group Horseshoe Gang shortly after the relase of their album “Anti-Trap Music”

They spoke at length about a variety of subjects beginning with the meaning behind the album title and the concept that large areas of hip hop today has moved away from carrying any real message of note.

The discussion moved on to their song “Shoe-icide Squad”, quoted by some as a modern day “Fuck The Police”, and the incident involving Chicago’s Laquan McDonald who was shot and killed by police is debated in the context of their single. The subject then moves to the years they’ve operated as a group, comparing that to most others who inevitably break up as the urge to fly solo becomes too strong, whereas the four brothers see their future as a unit.

The feature also sees them outline the knowledge passed down to them by their elder brother Crooked I while they go into some of the finer detail behind their well documented rap battle with Hopsin’s Funk Volume. 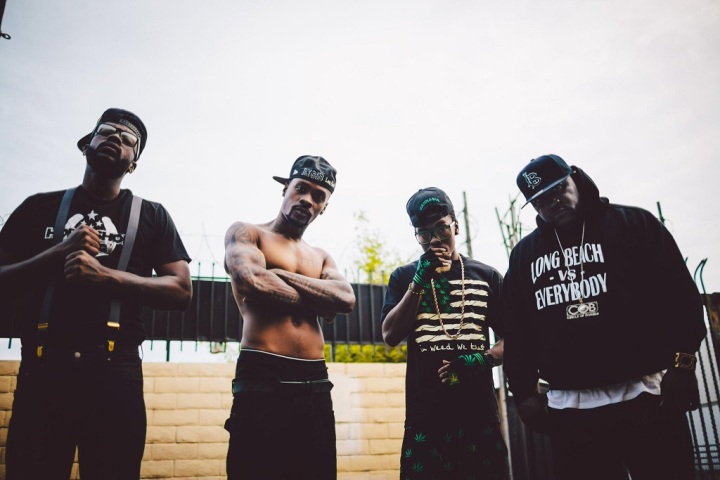 Any members of the press or media with enquiries or requests regarding Horseshoe Gang can send them to us at UrbanElite PR, our contact details are HERE