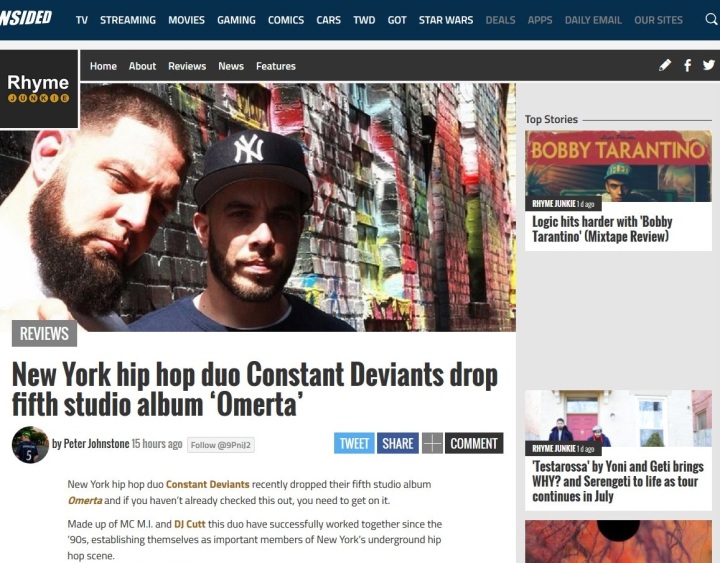 Their fifth official studio release following “Concrete Utopia”, “Amongst Friends”, “Diamond” and “Avant Garde” has a theme running throughout, inspired initially by M.I. and DJ Cutt’s respective Italian and Russian heritage, though other factors helped shape the overall concept.

Scottish writer Peter Johnstone took a listen and wrote a new feature on the album and the group for US online Rhyme Junkie :

Including the appraisal “it’s safe to say that Constant Deviants have produced another winner.” you can read the article in full HERE

Tomorrow the group will release their third single from the album “Reign Storms”, written by now Baltimore based rapper M.I. last year in the wake of the death of Freddie Gray at the hands of the local police. This obviously has a particular poignancy now given recent events.

Coincidentally, tomorrow is also the day that their album will be distributed to specialist stores worldwide in vinyl and Cd formats by Fatbeats Distribution. It is already available to buy in digital format direct from Six2Six Records HERE

Keep up to date with Constant Deviants via Facebook and Twitter, and meantime check out the first single to be taken from the album, “So Underrated”

All media, press and radio station DJ enquiries and requests relating to Constant Deviants can be sent to us at UrbanElite PR, our contact details are HERE