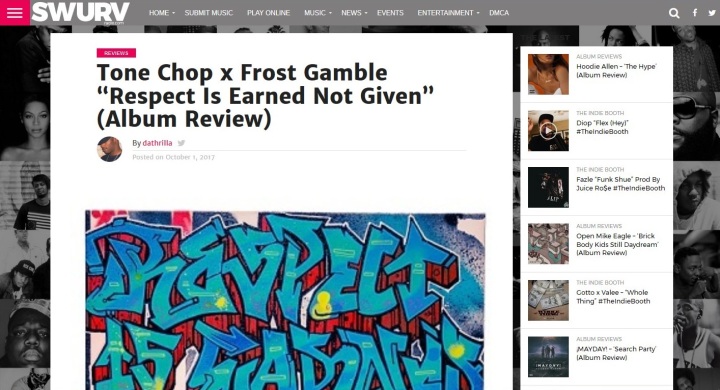 The critique written by Wayne Allen which summarises “Respect is Earned Not Given is a debut album with enough steak to fulfill any Hip Hop head’s appetite“, and endorses the quality of production in declaring it “has some of the best beat mixing, scratches and sampling in a decade” can be read in full HERE

LISTEN TO THE FULL ALBUM STREAM 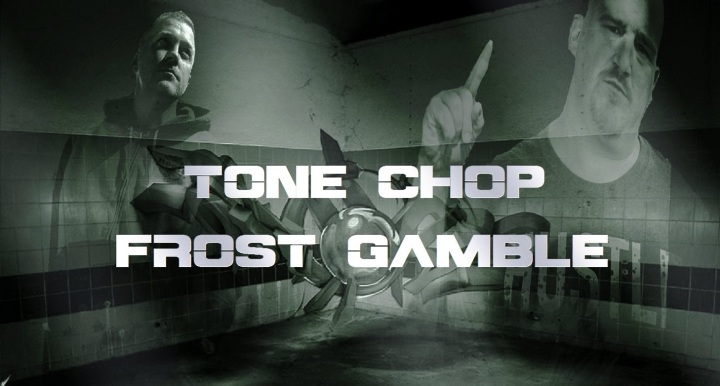 Look out for futher reviews of “Respect Is Earned Not Given” and interviews with Chop & Frost shortly. The pair will be in NYC October 16th & 17th meeting with press, including appearing as guests on DJ Eclipse’s “Rap Is Outta Control Show” [Sirius XM Hip Hop Nation]

All media, press and radio station enquiries regarding Tone Chop & Frost Gamble including requests to interview the pair or for full quality mp3s for airplay can be sent to us at UrbanElite PR. Our contact information is available HERE