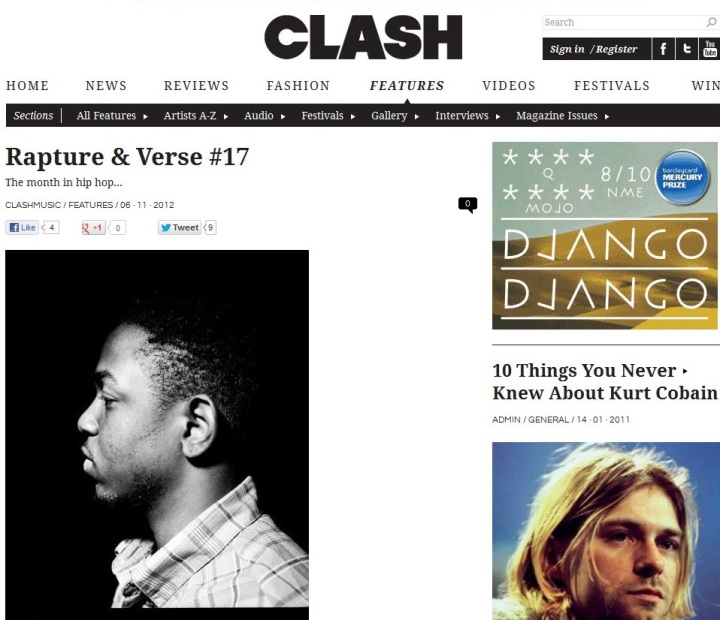 It is distributed throughout the country on a monthly basis, and each month Matt Oliver delivers his round up of the best hip hop releases and news in his “Rapture & Verse” column

Included in the issue out in November is coverage of Melanin 9’s new album “Magna Carta” which releases on 3rd December.

“Anyone who’s followed the career of Melanin 9 knows that the Londoner is heavy like lead, operating on the bristles of inner city hells and concrete jungles blocking all exits. The album Magna Carta is typical of his intelligent hooliganism….” the feature opens.

The feature is included with news and new releases by Kendrick Lamar, Vinnie Paz, ?uestlove, El-P, Peanut Butter Wolf, Yungun and much more

Pre – orders of the CD version of the album can be placed via http://m9ether.bandcamp.com and his launch night takes place at The Vibe Bar in Brick Lane, London from 8pm – 1am on Friday 23rd November. Also appearing will be Choice FM’s DJ 279, host for the night Iron Braydz, and further performances by Genesis Elijah, Rewd Adams, Logic, Phoenix da Icefire, Cyrus Malachi and Skriblah. Entrance is £5.00