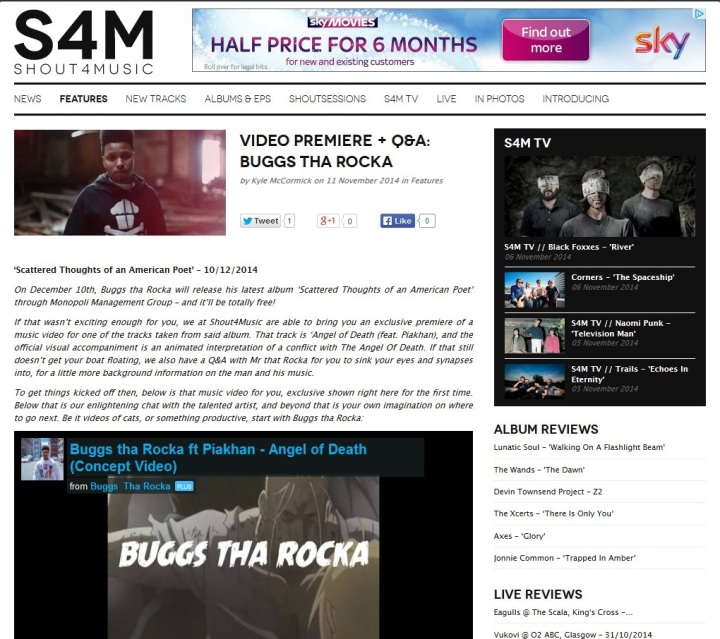 Th feature delves into the recording process, and working with producers such as !llmind, Jake One, Hop Trax and Sal Dali, and having guest appearances from Tanya Morgan, MOOD, Chuck Inglish and Piakhan. They also address his early days starting out in music, ultimately coming up through the levels to receive the title “Best Hip Hop Artist” at this year’s Cincinnati Entertainment Awards.

The article was published today, 11th November 2014, with the premiere of his new concept video for the track “Angel of Death” which was produced by Hop Trax and features Piakhan.

Buggs has had a busy schedule of conducting interviews with international press publications recently, with more taking place now. You will see the results of these over the coming weeks and months. You can keep up to date with him on twitter @BuggsThaRocka

Any djs not already serviced with the full quality clean radio edit of “Angel of Death” can request the mp3 from UrbanElite PR HERE Similarly, any press & media inquiries regarding Buggs tha Rocka, requests for promotional copies to review or requests to interview the artist should also be sent to UrbanElite PR at the above point of contact.