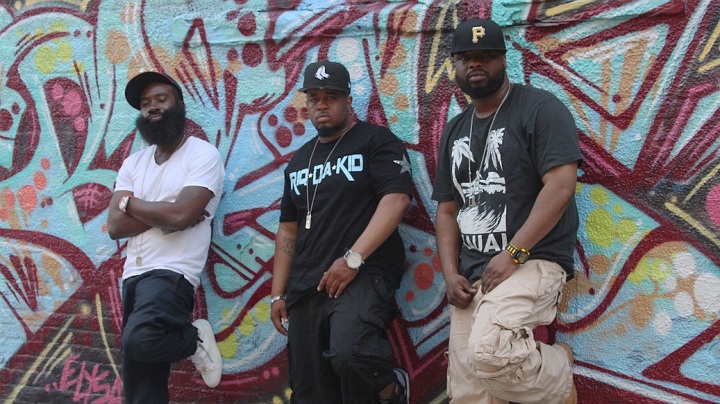 Couple weeks back, The Beeshine made the short trip over from Jersey City to Newark to hook up with Riq da Kid, Tru Trilla and Prince AK, aka 050 Boyz.

As part of their “What Inspires…” series, the online tv channel spoke with the hip hop group about their early inspirations and what inspires them now, their own history, and their new album “Everything 050” which releases on 4th August

In this video, the group talk about early influences and inspirations with a particular acknowledgement of the role played by the success of local artists such as Naughty by Nature and Lords of the Underground (who they’d go on to work with), Redman, Queen Latifah and how they in turn now look to provide an example to others.

The mindset of inspiring and promoting new generations from the Garden State and shining a light on other local independent artists can be traced back to their involvement in Treach’s Garden State Greats Movement of 2004, and represented now by the inclusion of many as featured guests on the album.

They also look back on their own progression through the years from producing mixtapes, releasing videos and grindin on the streets to now reaching out globally and developing their own entertainment company which again they hope will benefit those on the come up in future. The appreciation of family and community support is clear as is their intention to reciprocate.

The group explain the dynamic of working as three MC’s with distinct styles, and how the creative process and interaction with the crowd at shows is both a cathartic and powerful experience. Prince AK then speaks about his role as hype man for Treach’s Naughty Nation and touring with them in China, before the interview concludes by addressing the album itself

Look out for much more international media coverage on the group and their album in the coming weeks, together with new videos and audio releases. You can connect with them on Facebook and on twitter @050_Boyz (@RiqDaKid_050 @PrinceAK_050 @EgoFree2_050)

All international media & press inquiries regarding 050 Boyz can be sent to us at UrbanElite PR, contact details HERE