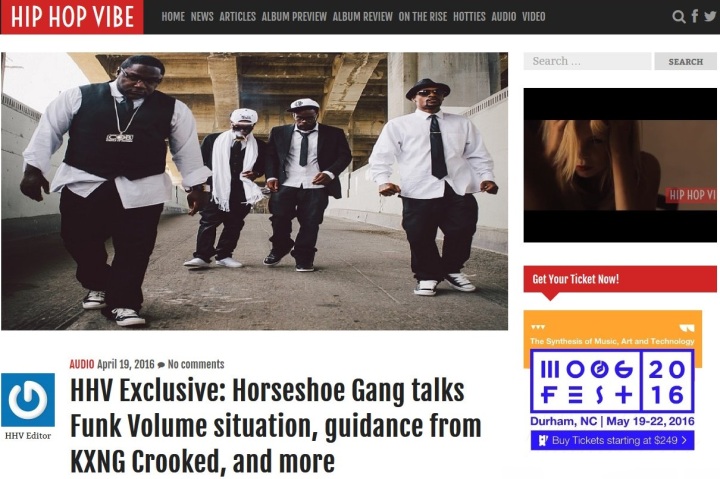 Stranga the Great from US online Hip Hop Vibe sat down with Julius, Dice, Demetrius and Kenny – aka Horseshoe Gang – to chop it up with the group about various topics in the lead up to the release of their new album “Anti Trpa Music” on April 29th. It will be available from iTunes HERE

In this feature the group discuss how they first came together, their early influences and the role their elder brother KXNG Crooked (Crooked I) played in their development, they speak on their well publicised rap battle with Hopsin’s Funk Volume last year, the writing and recording process with the new album and they also talk more on the track “Shoe-icide Squad” where they address police brutality in line with the emergence of the Black Lives Matter movement. 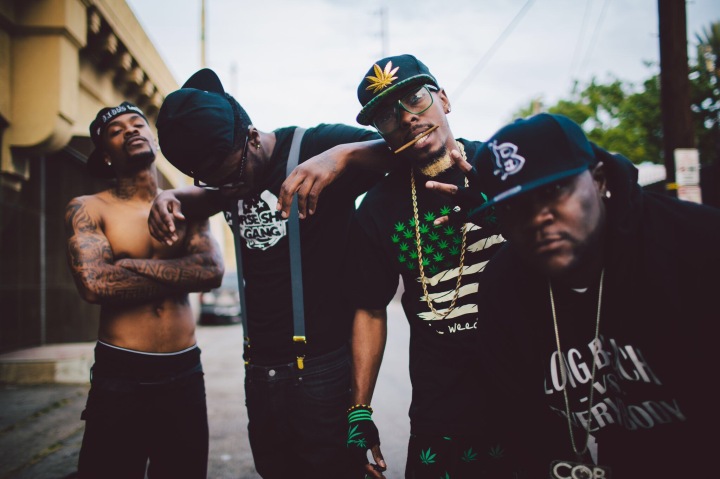 This is the track “Half a Meal” which was the group’s response to Funk Volume laying down a $500,000 rap battle challenge

From the album, this is the stream of the aforementioned single “Shoe-icide Squad” produced by Tabu (Kendrick Lamar, Aftermath)

As they speak with more local, national and international media, and plan for a special album launch event, keep up to date with Horseshoe Gang on TWITTER and FACEBOOK

All media and press enquiries regarding Horseshoe Gang can be sent to us at UrbanElite PR, contact details are HERE