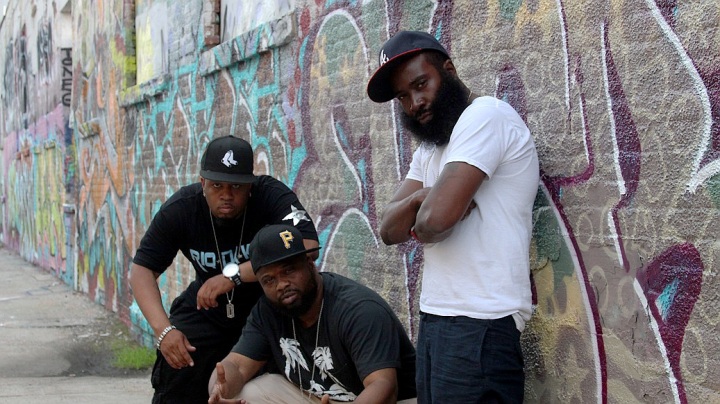 Been a busy time for Newark hip hop group 050 Boyz in the week following the release of their debut album “Everything 050” on 4th August. It’s available from iTUNES

Still conducting interviews with the world’s media, they travelled through to NYC on Wednesday night to appear as guests of DJ Eclipse on his Halftime Show on WNYU, and yesterday chopped it up with fellow New Jerseyan Michelle Locke for Goodfella Media’s Feature Friday series which currently has a particular focus on artists from the Garden State 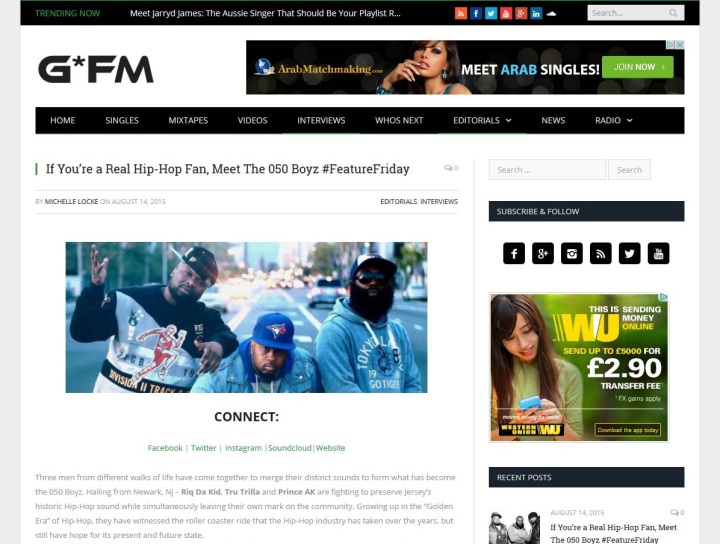 READ THE FULL INTERVIEW WITH THE GROUP IN GOODFELLA MEDIA HERE

Earlier this week, “Everything 050” was featured in the monthly “Rapture & Verse” column in the UK’s Monolith Cocktail. Written by Matt Oliver, the column delivers a monthly round up of news regarding single, album and mixtape releases from both sides of the Atlantic, and this month’s includes updates on Kendrick Lamar, Public Enemy, L’Orange & Kool Keith, KRS-One, Apathy, Genesis Elijah, Quelle Chris, Kyza, Skepta and many more

DJ Eclipse’s Halftime Show on WNYU is filmed and streamed live every Wednesday from 10.30pm EST, and recorded simultaneously on UStream. Here is the stream of the full show with the Brick City trio making their appearance from 2 hours in.

050 Boyz will be peforming live with DJ Nugget at this Sunday’s B Fest in Brooklyn. The event is held at Beast of Bourbon, 710 Myrtle Avenue, BedStuy. The event starts at 4pm, entry is $5 and open to all those aged 21 and over. There is more about the event and venue HERE

Look out for more international media coverage coming in the weeks ahead, and stay connected to 050 Boyz on social media via FACEBOOK and twitter @050_boyz (individually @RiqdaKid_050 @EgoFree2_050 & @PrinceAK_050)

All press, media & PR enquiries regarding 050 Boyz can be sent to us at UrbanElite PR, our contact details are HERE All booking enquiries can be sent to their management team at Inkwell Entertainment