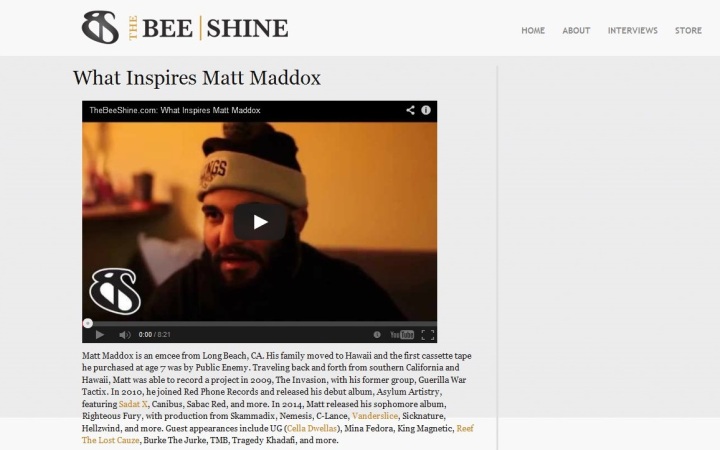 Latest in The Beeshine’s “What Inspires” series, they speak with Long Beach rapper, now based in Kansas, Matt Maddox about what inspired him in hip hop & life. Others such as Pete Rock, King Syze, Small Professor & Lord Finesse have recently been featured in this series.

You can read the whole feature at the site HERE

Matt Maddox has just finished filming a new video for the track “Work” produced by Skammadix and featuring Mina Fedora, so you’ll be seeing that online very shortly.