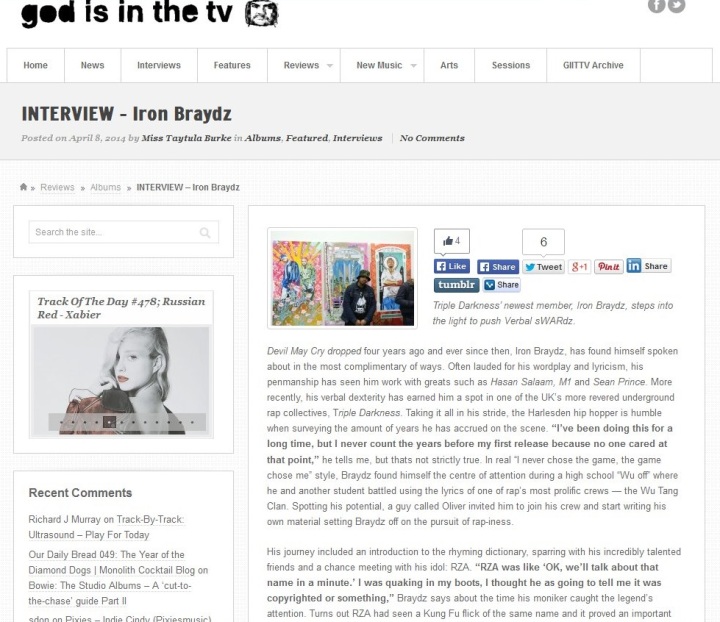 British online music publication God is in the TV took time out recently to meet up with hip hop Emcee & producer Iron Braydz in London’s China Town ahead of the release of his new EP “Verbal sWARdz” which releases to the public on 14th April on his Unorthostract label.

Their writer Taytula Burke spoke with the rapper about the new release and his earliest days including his meeting with Wu Tang’s RZA, and reflects on the current UK and global hip hop scene

Iron Braydz launched the official audio stream of the entire EP to the internet today. Largely self produced, it represents his involvement within his own and Stateside marketplace over the years with some top features on board. Here’s the tracklist :

Check out the stream on Soundcloud

The EP will be available to the public from http://braydz.bandcamp.com Keep up to date with him on twitter @Braydz and check in with the publication at @GodIsInTheTV and Taytula at @Taykeova