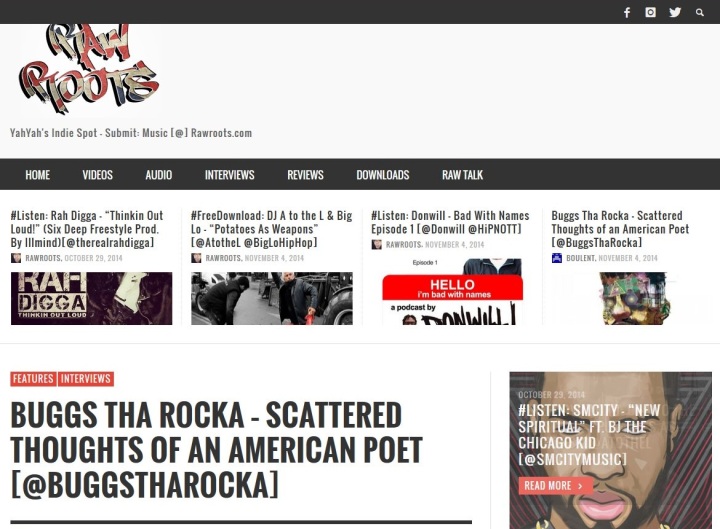 British online Rawroots has reported on homegrown and international hip hop for a number of years now, and have featured the new album “Scattered Thoughts of an American Poet” by Cincinnati’s Buggs tha Rocka, due for release on 10th December 2014.

He performed at the A3C festival in Atlanta recently with Talib Kweli for the second year running, followed by shows with Bone Thungs n Harmony and the Reflection Eternal reunion event at Cincinnati’s Rhinegeist Brewery. Check his re-cap video which uses the backing track Electric Eel in a Pool of Catfish” featuring Tanya Morgan

The full press release with the album cover, tracklisting and more performance and official videos are available HERE