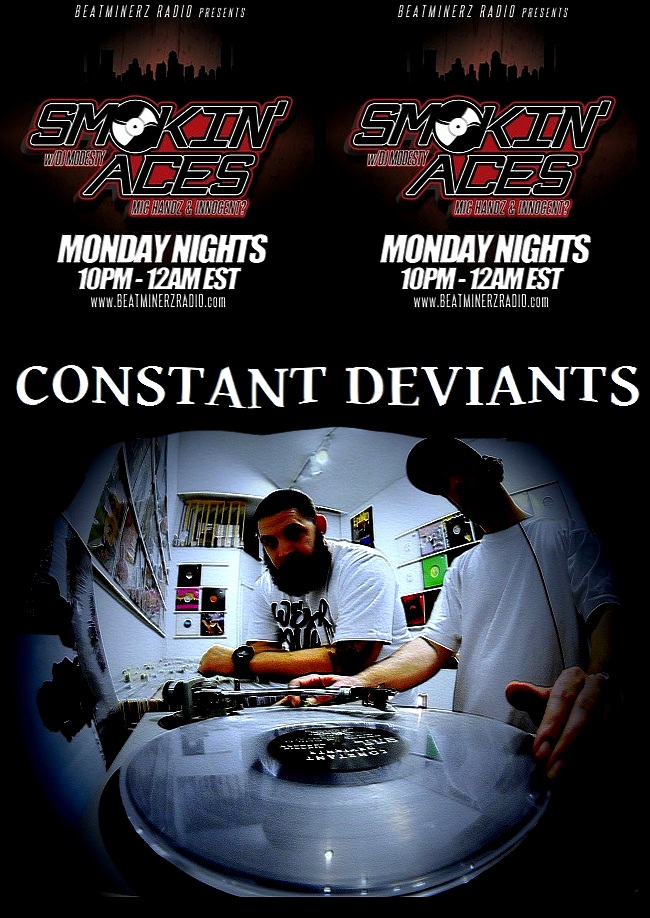 The duo are currently in New York to meet with media, and will be appearing live in the studio with DJ Modesty, Mic Handz & Innocent for the Smokin Aces Show on Beatminerz Radio from 10pm EST

THE SHOW WILL STREAM LIVE HERE

“Avant Garde” is their fourth studio album in 6 years since Emcee M.I. and DJ Cutt officially reformed and established the Six2Six Records label having spent a number of years working on separate projects for Arista and Roc-A-Fella

They have already been featured in various international publications in the past couple of months with significantly more to come, and saw their single “Breathin” reach #1 in the college radio charts. March saw the release of their movie “Swiss Banks”, a collaborative production with their associates in Europe SWC Records, and in April they launched their 3Stylez Series. Episodes 1 & 2 of this freestyle video trilogy received widespread online support, and Episode 3 will be released soon.

The album will be available initially in digital format from tomorrow, with vinyl and CD to follow in a couple of weeks. You will be able to buy all formats HERE

So tune in to Beatminerz Radio tonight from 10pm EST to hear them on the show, make a note to cop that album tomorrow, and meantime check out their recent bonus cut “Thinkin” which features another of the Six2Six roster, New York Emcee Rome

All press, media and Dj enquiries regarding Constant Deviants including requests for interviews can be sent to UrbanElite PR. Our contact details are HERE