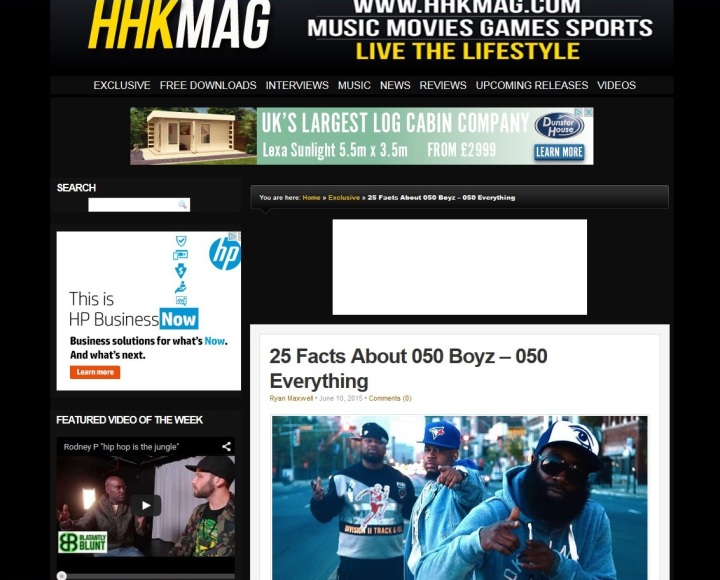 UK online HHK Magazine (ex Hip Hop Kings) run a “25 facts” series in which artists provide information about their upcoming releases and their careers previously unknown to the public.

Latest to be published in this series is New Jersey hip hop trio 050 Boyz who release their debut official album “Everything 050” on 4th August, the follow up to their “050 Dat” mixtape released in 2013. The group – Riq da Kid, Tru Trilla and Prince AK – have been involved in the Garden State scene for the past couple of decades and have long time associate Clinton Place providing the entire production for the album.

They also have close ties with Treach (Naughty by Nature) and DoItAll (Lords of the Underground), both of whom feature on the album together with a healthy contribution from many other local Emcees. Together they all bring some fierce rhymes to the mix in what is a hi-octane release from start to finish.

Earlier this week, the group released their second official video “Hot Damn” following on from the release of “Get Back” late last year. Check it out on Vimeo

Look out for many more video and audio releases throughout the summer from them and much more international media coverage in the months ahead.

All media & press enquiries regarding 050 Boyz can be sent to us at UrbanElite PR, our contact details are HERE