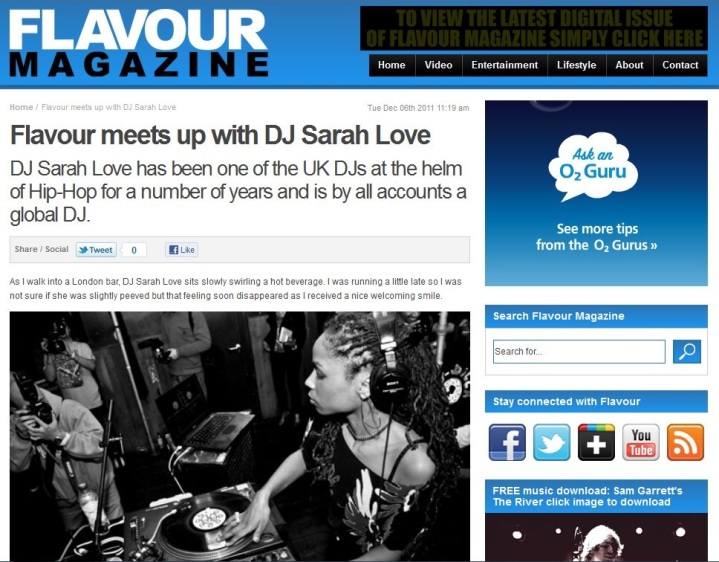 The ex MTV Base and BBC 1Xtra presenter took time out for a number of media interviews shortly before going on the road for the extensive series of dates. The latest is with Flavour Magazine where the UK’s “1st Lady of Hip Hop” discusses her background and how she became involved in deejaying, her thoughts on the current UK scene, how she helped assist set up MTV Africa and her thoughts ahead of touring with Aloe

Read the entire interview at http://www.flavourmag.co.uk/flavour-meets-up-with-dj-sarah-love/