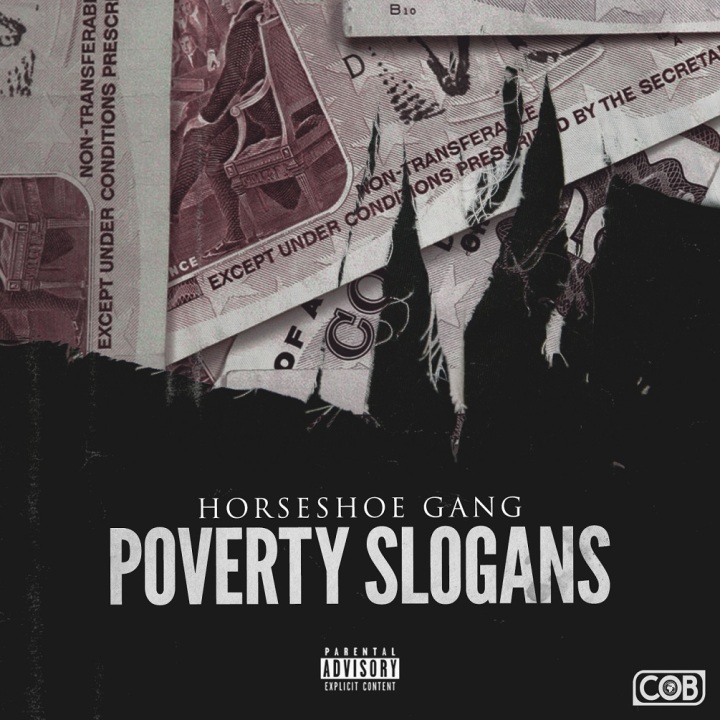 With a host of previous EP’s, mixtapes and albums under their belt. the four Emcees have been prolific over the past 6 years with additional launches such as their Horseshoe Weekly series and C.O.B. cyphers. As part of the Southwest Kings Tour, they hit the road with their elder brother and Rittz earlier this year, following up with the release of their “Knockin on Rap’s Door” EP.

Most recently they hit the headlines for taking up Funk Volume’s $500,000 rap battle challenge with their track “Half a Meal” produced by DJ Khalil.

“Poverty Slogans” is the first single taken from their new album and has just been released today on iTunes (BUY HERE) Produced by Denmark’s Jonathan Elkaer & DJ E.D.D.E.H.

All media and press enquiries regarding Horseshoe Gang, or requests for DJ Packs of the single “Poverty Slogans”, can be sent to us at UrbanElite PR – contact details HERE