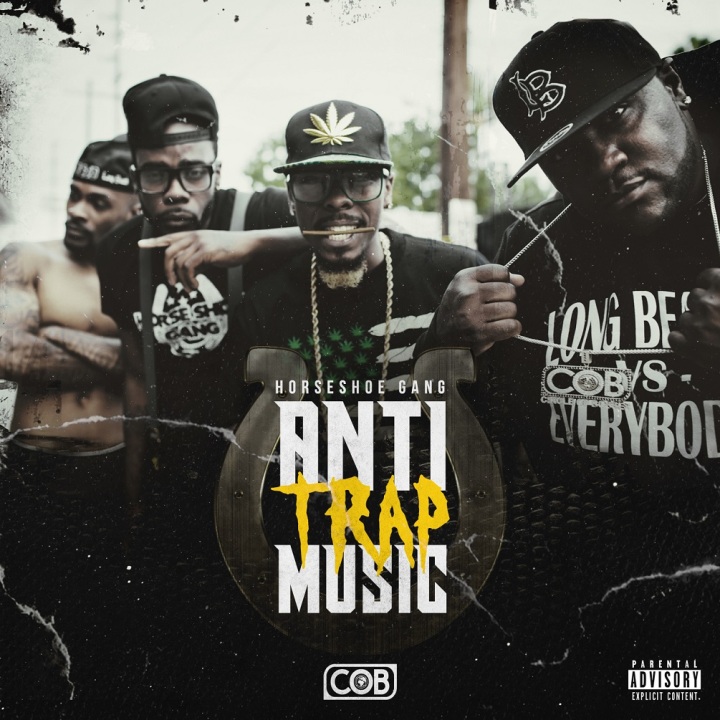 Earlier this week Long Beach hip hop group Horseshoe Gang made the journey over to Covina to appear as special guests on BSide Show TV.

Broadcast live every Monday night from 9pm PST, the show regularly mixes up interview spots with live performances and this week’s was no different as the crew discussed their new album “Anti-Trap Music” which releases on April 29th and then gave a blisterin live accapella freestyle performance

There is more about the show HERE and the video recording of their appearance has just been uploaded to the internet. Check it out

The singles Crooked I Robot and Shoe-icide Sqaud are already available to buy from the iTunes link above. Check the streams

Look out for more international media coverage in the weeks leading up to release and beyond, and meanwhile connect with Horseshoe Gang on TWITTER and FACEBOOK

All media, press and radio station DJ enquiries and requests regarding Horseshoe Gang and the album “Anti-Trap Music” can be sent to us at UrbanElite PR, contact details HERE