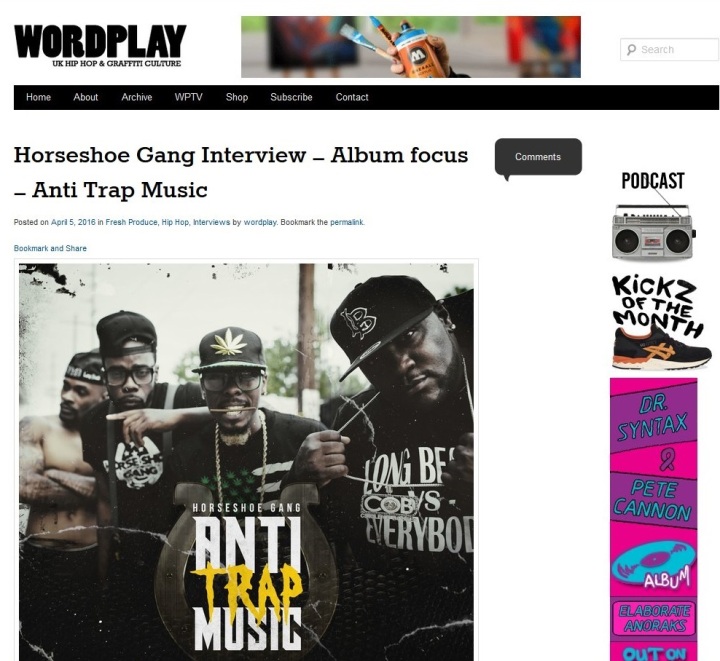 With just under a month until the release of their new album “Anti-Trap Music” on April 29th, west coast crew Horseshoe Gang jumped on the phone with the UK’s Wordplay Magazine.

The magazine covers all things rooted in hip hop culture – music, fashion, graffiti – and produce a regular printed publication in addition to having their online platform.

Speaking with Ethan Everton, the group discuss the upcoming album release and the subject matter they touch upon and provide further insight as to why only their elder brother KXNG Crooked appears as a guest artist.

The feature which also doubles as a focus piece on the release also reports on Horseshoe Gang’s rap battle with Funk Volume last year, their previous EP release “Knockin on Rap’s Door” and the interview concludes with their thoughts on the level of unity between artists in the California scene. 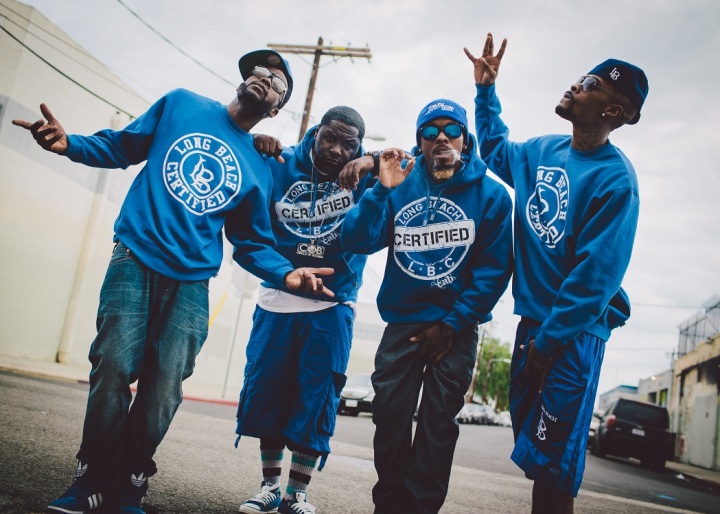 In the past few weeks, the group have been busy speaking with local, national and international publications and have more ahead. Their most recent single release was “Shoe-icide Squad” addressing the issues surrounding police brutality and killings of young men in the black community. Check the stream of this contemporary G Funk banger

“Anti-Trap Music” can be pre-ordered on iTUNES and you can connect with Horseshoe Gang on social media, whether on TWITTER or FACEBOOK

All international media, press and radio station dj enquiries about Horseshoe Gang and the album “Anti-Trap Music” can be sent to us at UrbanElite PR, contact details HERE