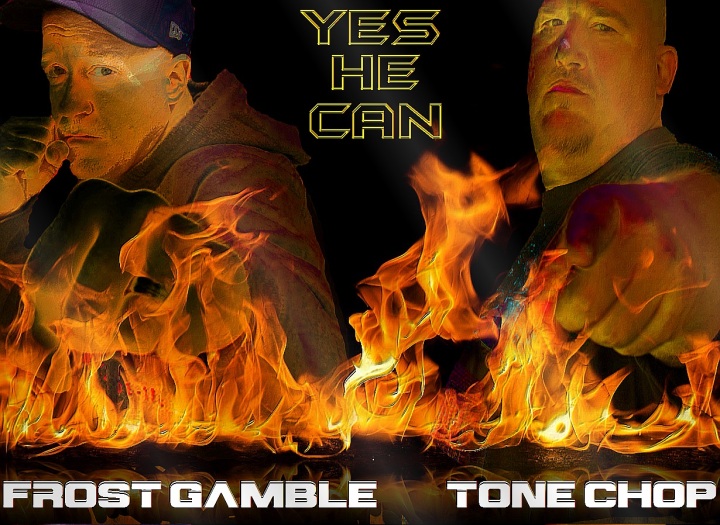 Still enjoying coast to coast airplay for their single “Leave It Alone”, a tribute to the late Sean Price, the pair are now back in the lab working on an album and have today released the new video “Yes He Can”. Directed by Big Drew Grafix, the Binghamton battler delivers another salvo of his trademark punchline bars over Frost’s raw kicks and snares.

Chop will also appear on “Black Beach”, the new album produced by Frost in collaboration with Detroit rapper ZotheJerk. Out on May 26th, it also features KXNG Crooked, Boldy James, Sadat-X, Young Bleed and Guilty Simpson.

Buy the Veteran EP on iTunes

All media, press and radio DJ inquiries regarding the Veteran EP or the forthcoming Black Beach album can be sent to us at UrbanElite PR, our contact information is available HERE