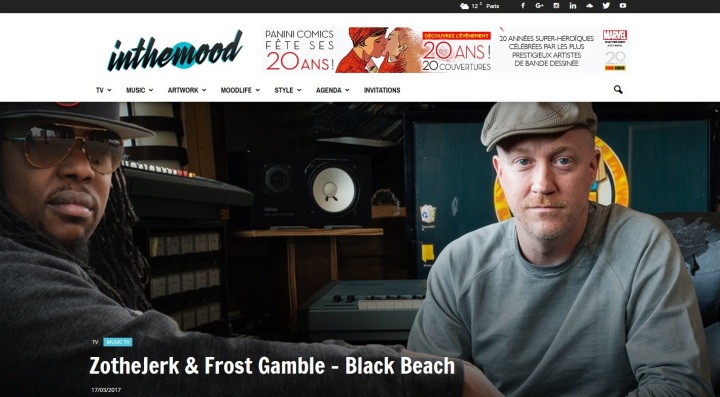 Earlier this week, Detroit rapper ZotheJerk and Winnipeg based producer Frost Gamble spoke with French online In The Mood TV

In the new video interview published online today, the pair discuss the themes and concepts behind their new album “Black Beach” which releases on May 26th through 22 Entertainment.

With Zo having re-located to Ohio, he explains why he returned to Detroit for part of the recording process which took place at Mr Porter’s previous studio where Eminem’s “Infinite” was originally written, while Frost explains the influence being in the city had on his production approach to the album.

They also discuss how they first met and the logistical aspects of working together despite the distances involved, while Zo, who appeared in the film “8 Mile”, gives his thoughts on artists’ contribution to the local community given he received a “Humanitarian of the Year” award for mentoring work with youth projects.

The feature was published on In The Mood TV’s site HERE. Watch the interview in full on Youtube

You can connect with Zo and Frost on social media, by twitter @TheJerkNation & @FrostGamble and over on their joint Facebook Page

All media, press and radio station inquiries regarding ZotheJerk, Frost Gamble and the album “Black Beach” can be sent to us at UrbanElite PR, our contact information is HERE 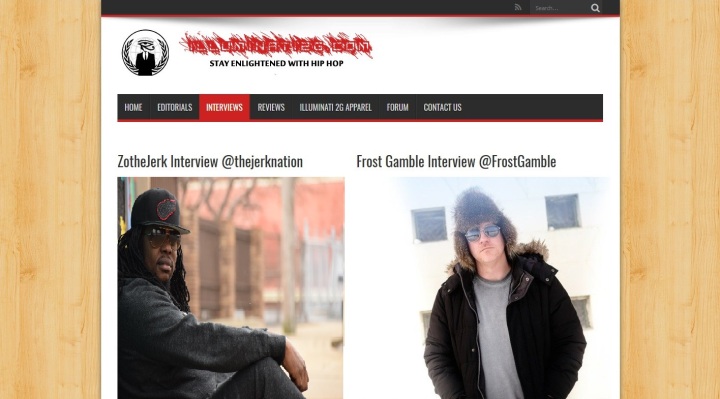 Ahead of the release of their new collaborative album “Black Beach” in May, Detroit rapper ZotheJerk and Winnipeg based producer Frost Gamble sat down for a quick talk with US online Illuminati2G

The pair discuss the musical and lyrical concepts behind the album and single “Risk vs Reward” ft Sadat-X, their plans for new videos and tours and other ongoing projects.

You can read Zo’s input HERE and Frost’s HERE 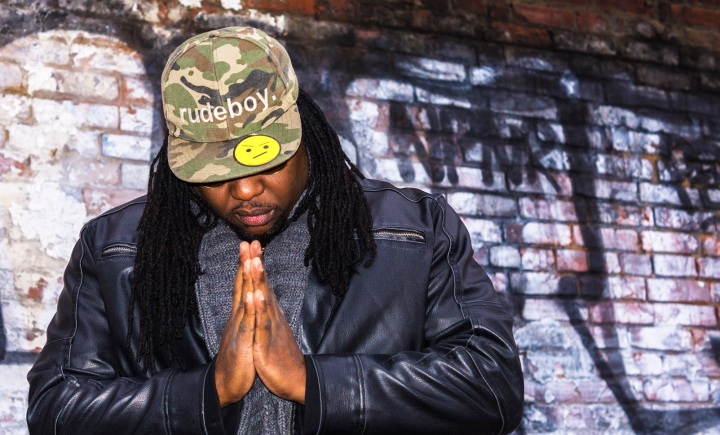 Although Zo subsequently moved from Michigan to Kansas and is now currently residing in Ohio, Detroit is at the heart of the release. The initial recording process took place at Mr Porter’s previous studio where Eminem’s “Infinite” was written, and includes features from Guilty Simpson and Boldy James.

The first single “Risk vs Reward” was released on March 8th and features Brand Nubian’s Sadat-X who had worked with Frost Gamble on a previous project. Available on iTunes through 22 Entertainment, check the audio stream

Connect with Zo and Frost on Social Media, by twitter @TheJerkNation & @FrostGamble or over on their joint Facebook Page

All international media, press and radio station DJ inquiries about ZotheJerk, Frost Gamble and the new album Black Beach can be sent to us at UrbanElite PR, all our contact information is available HERE

It’s the first to be taken from the album “Black Beach”, a collaboration between Winnipeg based producer Frost Gamble and Zo who previously appeared in the film “8 Mile” and was signed by the late Proof of D12 to his Ironfist label. Now re-located to Ohio via Kansas, he received the title “Humanitarian of the Year” at the Kansas City Music Awards in 2014 for mentoring work in the community.

CHECK THE RISK VS REWARD AUDIO STREAM ON SOUNDCLOUD

All international press, media and radio station DJ inquiries regarding the album Black Beach including requests for promotional copies to review or to interview the artists can be sent to us at UrbanElite PR. All our contact information is HERE