It’s the pair’s fifth album since their debut “Concrete Utopia” and follows just a year after the critically acclaimed “Avant Garde”.

A new review of the album by Wayne Allen, writing for US online Swurv Radio, has just been published and can be read HERE

Released on the group’s own Six2Six Records, it is being distributed in vinyl format worldwide, so check with your local specialist record store for availability. It is also available to buy as a digital download from Six2Six Records’ Bandcamp

The group are currently in NYC meeting with press and appearing as guests on radio stations every night this week including Guerilla Grooves Radio, Beatminerz, Flip The Script Radio, YAC Radio, East NY Radio, Bodega Cold Kutz and Classic Storm Radio. You will also hear them on RapStation in the next couple of weeks and look out for filmed footage of their appearance on Sunday’s Rap Is Outta Control Show with DJ Eclipse hitting the internet shortly.

All press, media and radio station DJ enquiries regarding Constant Deviants, including requests to interview the group, can be sent to us at UrbanElite PR. All our contact details are HERE 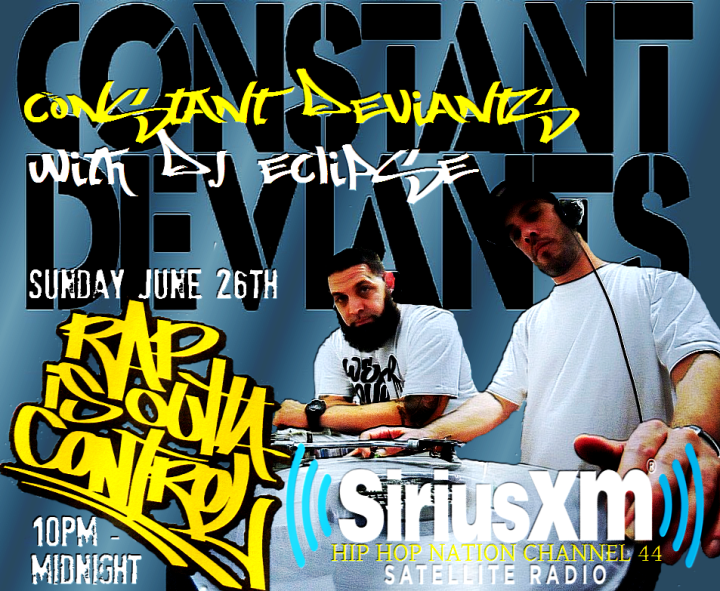 Constant Deviants release their new album “Omerta” on Tuesday June 28th through their own Six2Six Records imprint. It will be available worldwide on vinyl, CD and digital formats.

On Sunday June 26th, they begin a busy week in NYC meeting with press and appearing as guests on a variety of radio stations when they drop in on DJ Eclipse for his Rap Is Outta Control show. It broadcasts from 10pm EST on Sirius XM’s Hip Hop Nation Channel 44. Listen online HERE

They’ll also be meeting up again with The Beeshine in the studio, so look out for some new visuals soon.

Tomorrow, Saturday June 25th, you can catch them performing live at the Loudpalooza event being held in Castaways, Boston Street, Baltimore. Doors open from 5pm EST, and more information including ticket availability can be read HERE

During the week you’ll be able to hear them live on Atlanta’s Raw Radio, New Jersey’s Flip The Script Radio, and among the NYC stations are Guerilla Grooves Radio, Beatminerz Radio, YAC Radio, East NY Radio, Bodega Cold Kutz and Classic Storm Radio. Check back here daily from Monday to find out where you can hear them live on air next.

Their latest single “DeLorean” has been getting serious airplay this week, consistent with their previous releases “So Underrated” and “Cutt for President”. The group will also launch the third in their “Tre Volte” freestyle video series during July.

Keep up to date with Constant Deviants on social media, twitter @Cnstnt_Dvnts & @Six2SixShift, and over on their Facebook Page

All press, media and radio station enquiries regarding Constant Deviants, including interview requests and requests for full quality MP3s of their tracks (clean & dirty) for airplay can be sent to us at UrbanElite PR – all our contact details are HERE 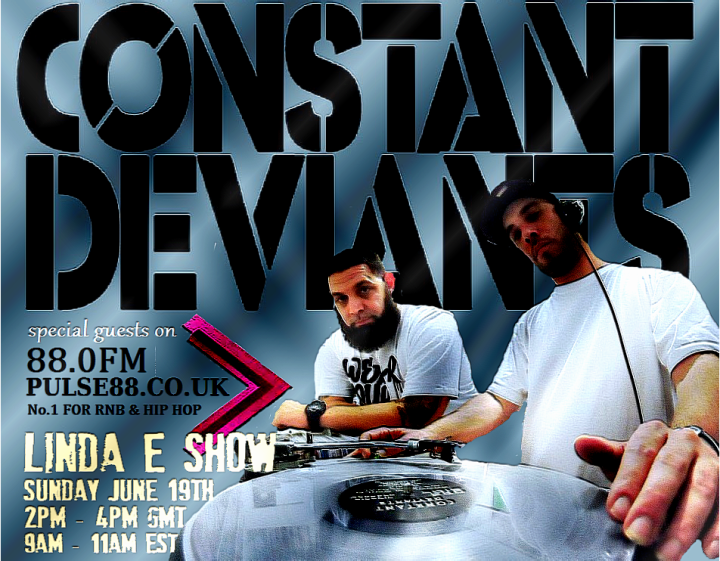 MC M.I. from Constant Deviants will be the special guest on the Linda E Show this coming Sunday, June 19th.

They will be discussing the new Constant Deviants album “Omerta” which releases on June 28th and aldso his significant move into the world of film making as an actor, writer and producer.

His film “Six2Six” which also co:stars Treach (Naughty by Nature), Syleena Johnson and Chief Rocker Busy Bee has been selected for a special screening at NYC’s Hip Hop Film Festival in August. He is also currently shooting scenes for a new comedy film “Can’t Live Without My Radio”. 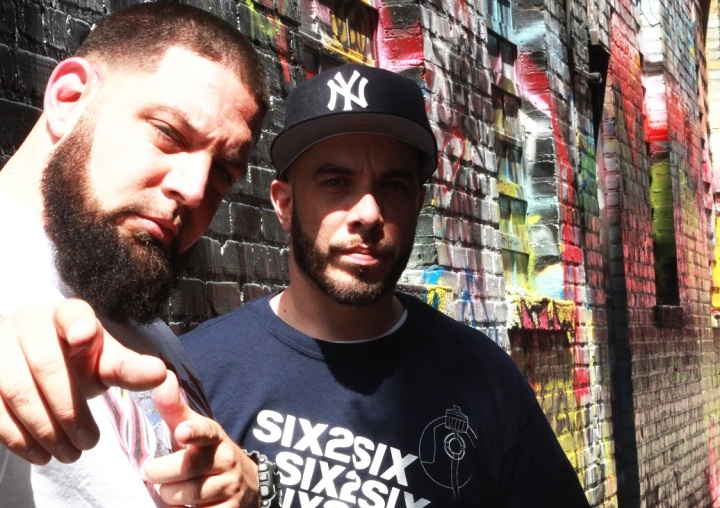 They will be guests of DJ Eclipse on Sunday June 26th when they start a week in NYC meeting with media and appearing on stations including Beatminerz Radio, RapStation, Classic Storm and Guerilla Grooves Radio.

Next Saturday, June 25th, they will be performing live at the Loudpalooza event taking place at Castaways in Baltimore, and you will be able to hear M.I. guest on the city’s Hip Hop Chronicles Show with Mike Nyce on Tuesday from midnight on WEAA

Keep up to date with their news on twitter @Cnstnt_Dvnts & @Six2SixShift and over at their Facebook Page Look out for the single DeLorean coming next week, and meanwhile check out their most recent joint “Cutt for President”

All media, press and radio station enquiries regarding Constant Deviants can be sent to us at UrbanElite PR, our contact information is HERE