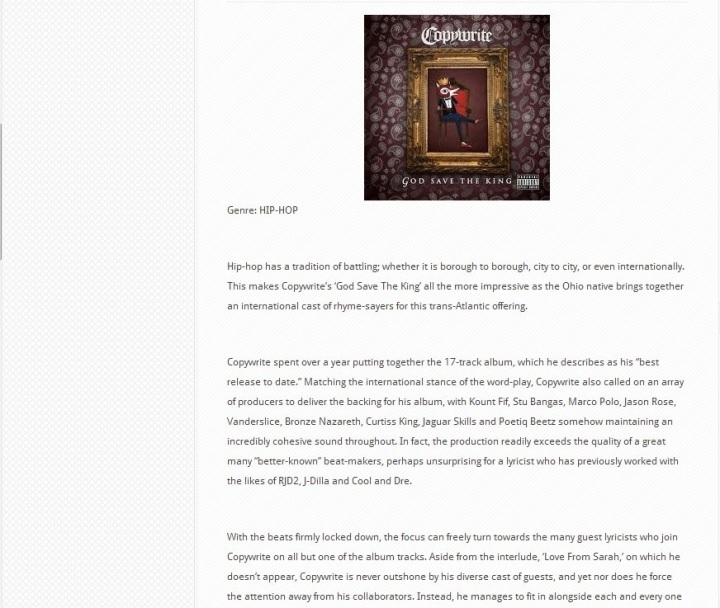 Ohio’s Copywrite has produced by what is hyow own admission, his best album to date in God Save The King (Proper English Version).

It releases on Man Bites Dog Records. The original release date of 15th May has been put back until mid June, but it includes a huge line up of UK and US artists standing shoulder to shoulder over 17 bangin tracks 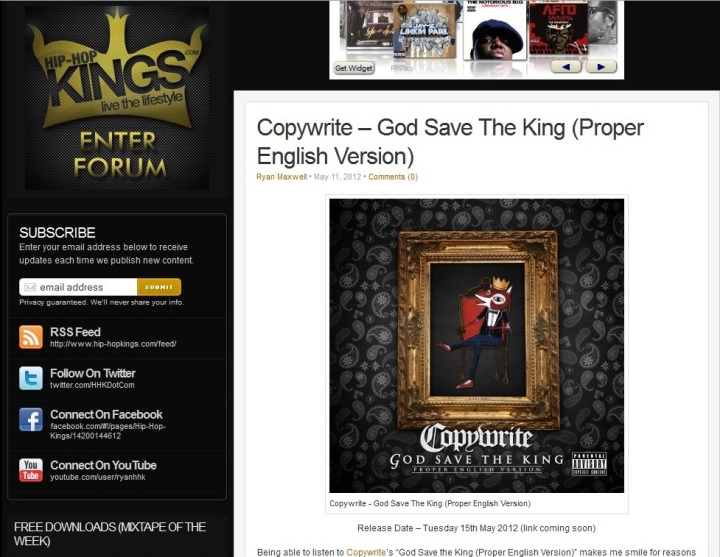 UK’s Hip Hop Kings is next up with a review of the new album by Copywrite, God Save the King (Proper English Version), which releases digitally on 15th May 2012 on Man Bites Dog Records

The concept of the album began back in January 2011, with HHK’s Ryan Maxwell assisting in the early process at the planning stages, so our thanks to him for the part played.

Copywrite himself is on top form, and its little wonder he considers this to be possibly his best album to date

Look out for more singles & videos from this album coming soon, and you can also check Youtube for videos such as G$K ft Dru Blu and “Royal Flush” featuring Genesis Elijah, Mystro & Iron Braydz currently being shown on British tv 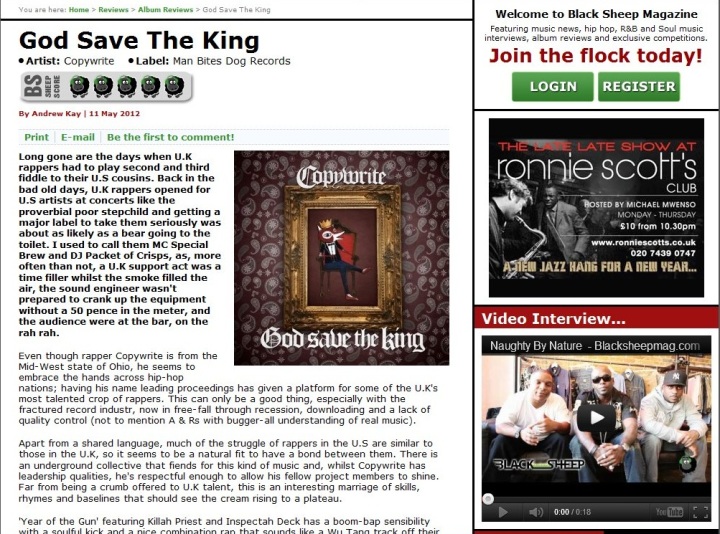 Out on Man Bites Dog Records, look out for more videos and singles from this album in the coming months

Expect to see a lot more coverage from UK media in the coming weeks. Any further media enquiries regarding this release should be addressed to urbanelitepr at gmail 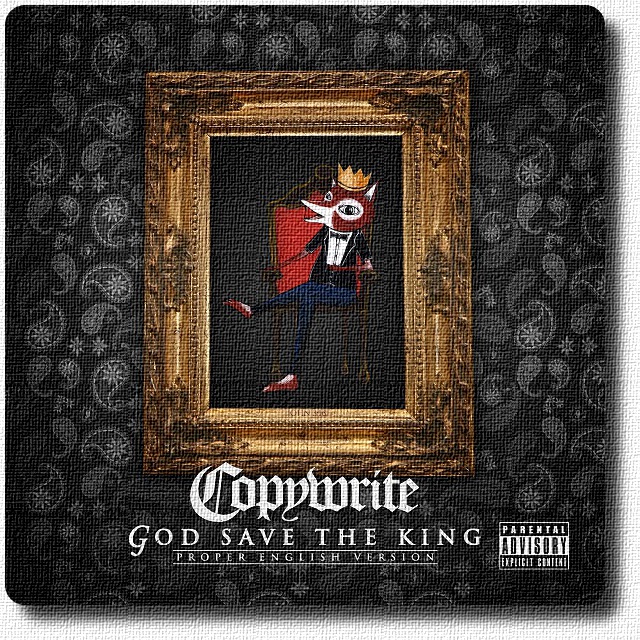 Been over a year in the making, but the long awaited release of the new album by Ohio’s Copywrite has finally arrived.

The Columbus based MC first came to the attention of the hip hop world as a founder member of the group Megahertz. His work with producers RJD2, J-Dilla, Cool & Dre, Illmind and early collaborations with Royce da 5 9, Killah Priest, Sean Price and Dilated Peoples soon established his position on the international scene through a series of releases including “The High Exhaulted”, “Ultrasound” and “The Life and Times of Peter Nelson”.

With a reputation as a battle – hardened MC with punchlines for days, and fresh from picking up the “Best Lyricist” title at The Ohio Hip Hop Awards in late 2011, Copywrite has delivered an exceptional album. The title is part inspired by the features on this record with some of the best that the UK and US have to offer standing shoulder to shoulder over 17 tracks.

Inspired by previous collaborations with UK artists Rhyme Asylum, Loudmouth Melvin, Skillit and Sam Khan, he began work on what he describes as “his best release to date” from February 2011. The monumental task of constructing an album truly representative of the Trans Atlantic hip hop community would of course take time to complete, but the result has been well worth the wait.

The release includes contributions from some of the most repescted MC’s in the UK game :

Also look out for a special rare appearance by the UK’s “1st Lady of Hip Hop”, DJ Sarah Love.

Copywrite himself is on top of his game throughout with his unique flow, rhyme skills and metaphors complimented by top production from Kount Fif, Stu Bangas, Marco Polo, Jason Rose, Vanderslice, Bronze Nazareth, Curtiss King, Jaguar Skills and Poetiq Beetz.

This is an album for fans of the real deal – lyricists and MC’s of the highest calibre ripping apart hard slamming beats. Copywrite reinforces his position as one of the most gifted wordsmiths around today while producing a record which showcases the true essence of international hip hop music.

In addition, a special bonus track “Royal Flush” was recorded featuring Genesis Elijah, Mystro and Iron Braydz. The track produced by New York’s Dub Sonata has an affiliated video which will be released shortly.

Two tracks have already been released to the UK marketplace from the album. G$K ft Lewisham’s Dru Blu (Strapzy) and Golden State (of Mind) ft Casual, Evidence and Roc Marciano

Check the video and audio below

Urbanelite PR are servicing all forms of media in relation to the release of this specific album, and an initial mailout to a selection of written press was issued today, 5th April 2012.

A further mailout will be issued shortly and a single release schedule is currently being arranged. Meantime any press, online platform or dj enquiries regarding possible reviews or interviews should be addressed to urbanelitepr at gmail dot com

Further information on the artist available at www.copywritesworld.com