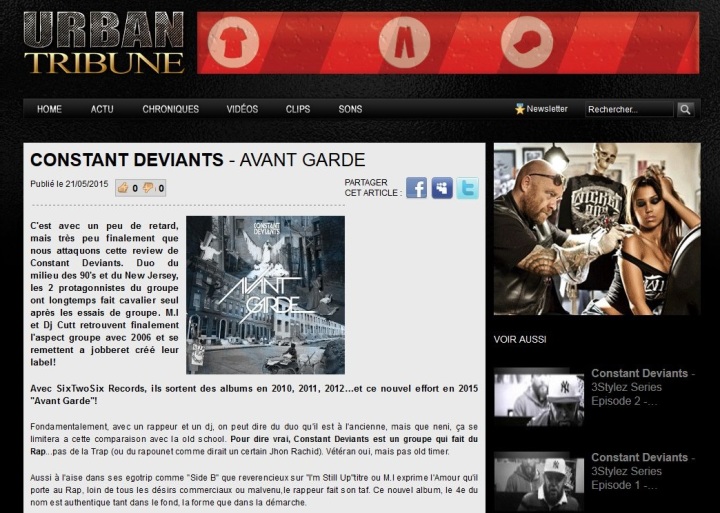 It is their fourth album in six years since officially re-forming in 2009 and setting up their own Six2Six Records label. Whether you prefer digital, vinyl or CD formats, all can be bought or ordered HERE

They’ve received an impressive level of public & media support in the past couple of months for both the quality of the album and their general approach which still draws strongly from the traditional elements of hip hop but for a modern age.

The latest review of the album is by French online publication Urban Tribune. Obviously written in French, you can read the article HERE

Last week, Emcee M.I. and producer DJ Cutt were in New York and dropped by the GID Radio studios in Brooklyn to appear as guests on the Not 97 Show hosted by Mic Handz and the Smokin Aces crew. Also appearing were Tragedy Khadafi, El Da Sensei, Jake Palumbo and Nutso. It’s filmed and streamed live every Wednesday night from 10pm EST.

Here is the recorded footage of the entire show

Look out for a new single from Constant Deviants releasing shortly together with the final episode in their “3Stylez” series of live freestyle videos. You can also expect to see more press coverage about what’s proving to be a landmark release for the duo.

Keep in touch with them on Social Media, on twitter @Cnstnt_Dvnts & @Six2SixShift or if you prefer on their Facebook Page

All further press & media inquiries regarding Constant Deviants can be sent to us at UrbanElite PR, and our contact details are HERE