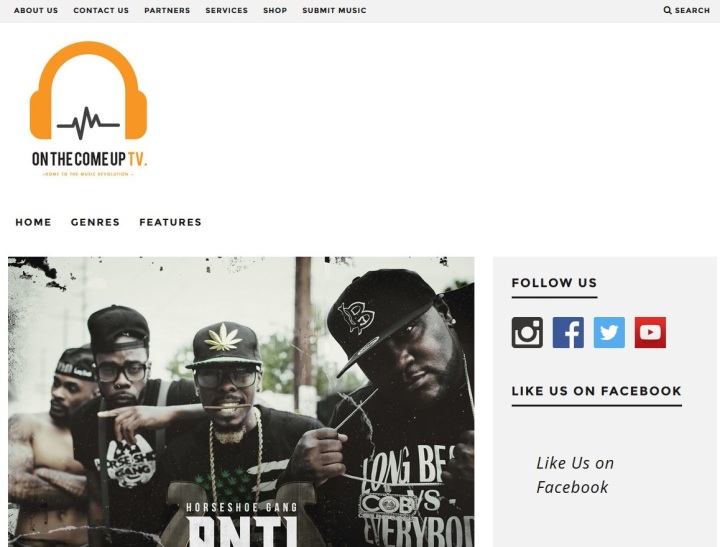 Interviewing the group for London’s On The Come Up TV, they spoke about the earliest days and the transformation from The Untouchable Gang to their present moniker and their establishment within the COB movement.

They spoke about issues they feel they sometimes face in networking with other artists, and how they view the modern day version of rap battles, especially in light of their own well documented response to Funk Volume’s $500,000 challenge last year.

The interview concludes with the theme of the album title and how the group want to help inform the younger generations of traditional hip hop values in a modern context, and use the best of the old and the new to help push the culture forward

The album “Anti-Trap Music” was released through Seven 13 Music & Entertainment on April 29th, and is available in digital and CD formats from iTunes and Amazon respectively.

The group are currently planning live shows with a possible tour being arranged, and a new album is also in the works. You can keep up to date with their news on Twitter @Horseshoegang and via their Facebook page HorseshoeGangCOB

All press, media and radio station enquiries and requests regarding Horseshoe Gang can be sent to us at UrbanElite PR, all our contact information is HERE