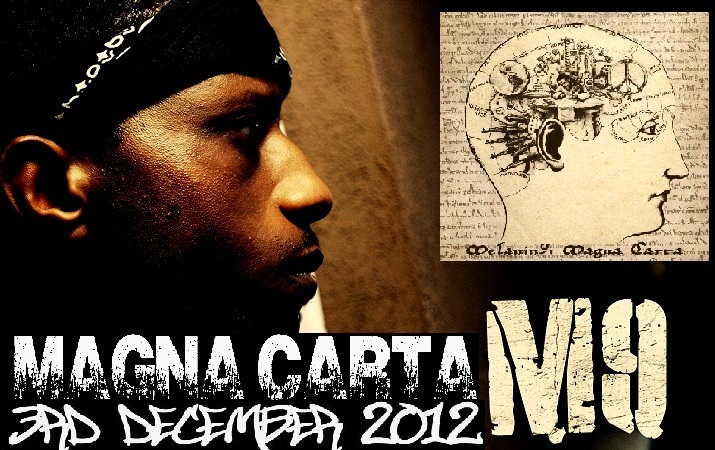 Anyone involved in the UK scene will know all about Jamal Edwards’ SBTV, one of the leading Youth Broadcasters online platforms

He has just developed his latest SkooledBy Series, dedicated to hip hop emcees going back to the classic Golden Era all the way up to the present day, celebrating and showcasing the people who laid the foundations for the next generation.

We know the names he’s filmed so far and it will DEFINITELY be a series worth keeping an eye on. All of it will be brand new footage

His album Magna Carta is on general release from 3rd December, but can be pre-ordered in CD format from http://m9ether.bandcamp.com

Currently Guestlist Network’s “Album of the Month”, there will be a lot more media coverage on this release in the weeks ahead

His album launch party will take place upstairs at The Vibe Bar, 91 Brick Lane, London E1 6QL 8pm – 1am on Friday 23rd November. Entry is £5.00 and as well as performing himself, he will be joined by host Iron Braydz, DJ 279 from Choice FM, and there will be further performances by Genesis Elijah, Cyrus Malachi, Rewd Adams, Logic, Phoenix da Icefire & Skriblah Dangogh

Keep up to date with him on twitter @Melanin_9 for more news on the release, live dates and radio appearances, and link up with SBTV on twitter @sbtvonline