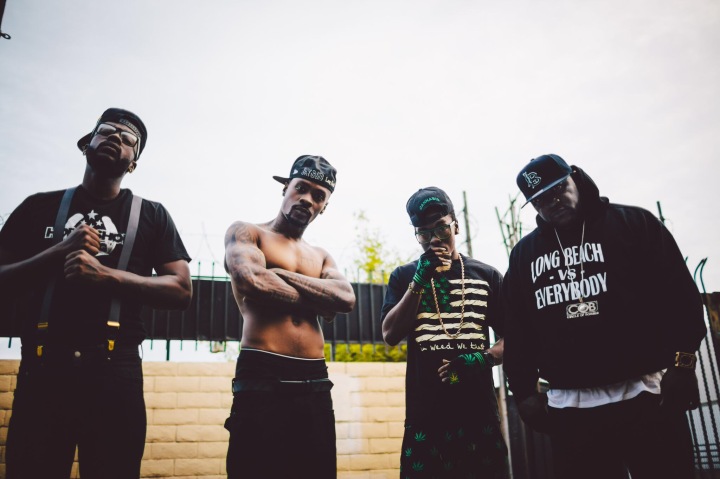 Earlier this week, Julius from Horseshoe Gang took to the Long Beach street to do what rappers do

The group release their new album “Anti-Trap Music” on April 29th, and this live freestyle of the same name lays the cards on the table so you get the concept.

Last year the group released their “Knockin on Rap’s Door” Ep and picked up the gauntlet laid down by Funk Volume with their rap battle challenge, resulting in appearances on Sirius XM’s “Sway in the Morning”, DJ Vlad TV and features in HipHop DX and AllHipHop.

They are due to appear in Texas at this year’s SXSW Festival in March in the lead up to the release of the new album the following month. CD versions of the album, including signed copies and merchandise combos can be pre-ordered direct from the label Seven 13 Music & Entertainment HERE

All global media, press and radio station inquiries regarding Horseshoe Gang and their new album can be sent to us at UrbanElite PR. Our contact details are HERE