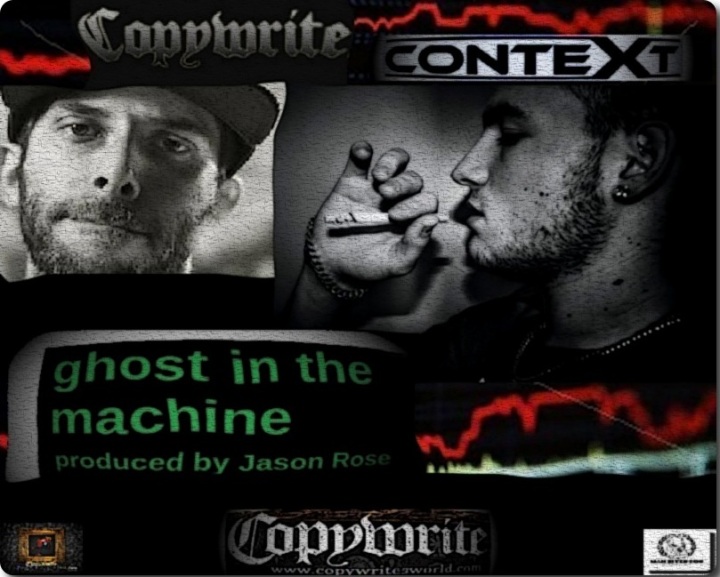 The new album from Ohio’s Copywrite “God Save The King (Proper English Version)” has been released on Man Bites Dog Records.

There’s been huge international public & media interest in the release over the past few months, not least due to the quality of artists also featured from both sides of the Atlantic. This has seen MC’s the calibre of Akala & Sonny Seeza, S.A.S. & Sean Price, Genesis Elijah & Royce da 5 9, Iron Braydz & Crooked I, Bigz Flygerian & Inspectah Deck, Melanin 9 & Killah Priest and many more stand shoulder to shoulder on various tracks with further contributions from the likes of Evidence, Mystro, Roc Marciano and Torae.

The final official video taken from the album is the Jason Rose produced “Ghost in the Machine” which features London’s Context, currently riding high on the back of winning MTV’s “Brand New Unsigned” artist competition and playlisting on BBC Radio 1

The album includes features by some of the hottest MCs from the UK and USA, including London’s Genesis Elijah, Iron Braydz and Mystro who also appear together in this latest video. “Royal Flush” is a special bonus track put together to celebrate the international flavour of the album.

Copywrite, Genesis Elijah, Mystro and Iron Braydz all go in hard over New York producer Dub Sonata’s beat, four MCs on top of their game delivering their own trademark punchlines and metaphors. The video was shot on location in Ohio and west London & has its UK TV debut airing on Flava TV (Channel 367) on Saturday 21st April.

The full album tracklist is as follows: