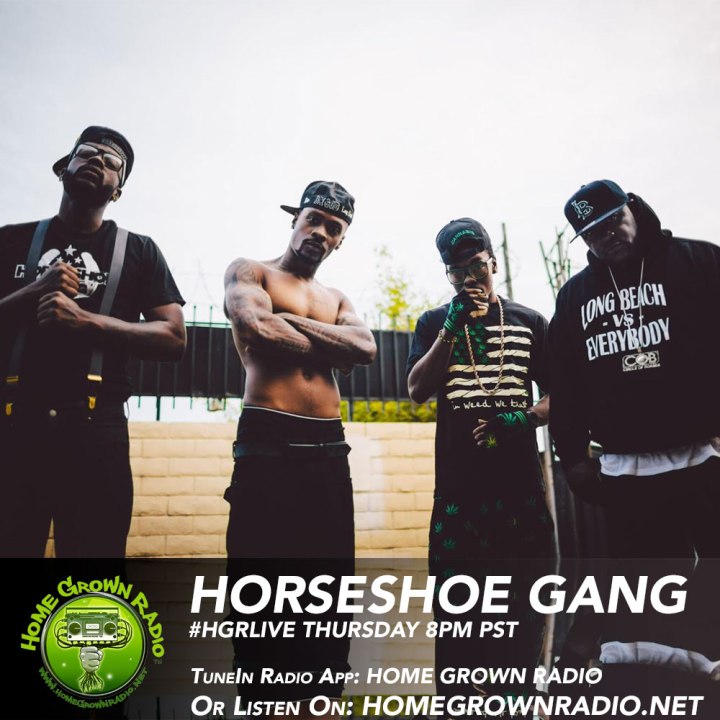 They released their album “Anti-Trap Music” through Seven 13 Music & Entertainment on April 29th, and within the first day of release, Amazon had completely sold out their initial CD stock, and it charted Top 50 on iTunes in 15 different countries.

The group will be interviewed live on air tonight, and the show is interactive. From 8pm PST / 11pm EST, fans of the group can send in questions for Horseshoe Gang to the show via twitter @HomeGrownRadio and use the HashTag #HGRLIVE You can listen online live via the show’s WEBSITE or by downloading the app for TuneIn

Julius, Kenny, Dice & Demetrius conducted many interviews earlier this year in the lead up to the album’s release and are always good value for money, so it will be well worth tuning in to hear what they have to say. 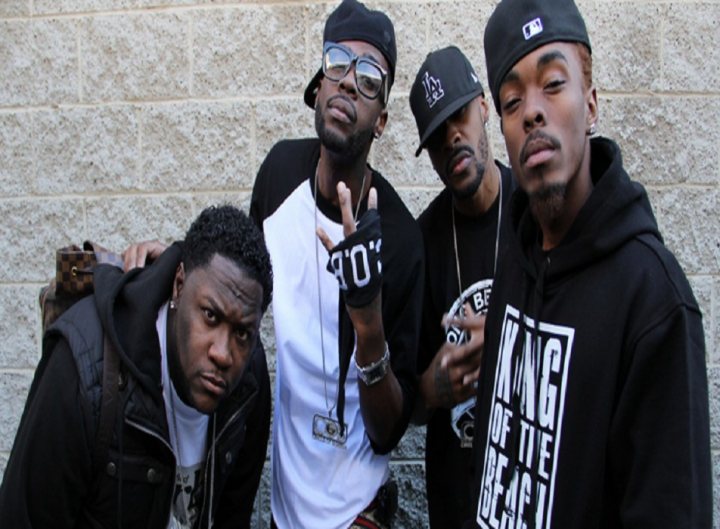 They are near completion of yet another new album called “4 Brothers” due out in the Fall, typical of a work rate that previously produced a Mixtape series with a new release every month for an entire year, and they are also at the early stages of arranging live shows throughout the west coast.

All further media, press or radio station DJ enquiries and requests regarding Horseshoe Gang can be sent to us at UrbanElite PR, our contact details are HERE

Constant Deviants will be back on the airwaves tonight, live in the studio of two more radio stations as they continue to promote their new album “Omerta” which released earlier this week on Six2Six Records.

It’s being distributed worldwide on both CD and vinyl formats, and is available to buy digitally via the label’s BANDCAMP

First up tonight, they take the trip through to Valley Stream NY to check in on Da One Show on YAC Radio.

Da One Show broadcasts live every Thursday from 6pm – 8pm EST, and expect to hear their interview section during the first hour of the show. You can listen n live via TuneIn There’s other options available via YacRadio.com 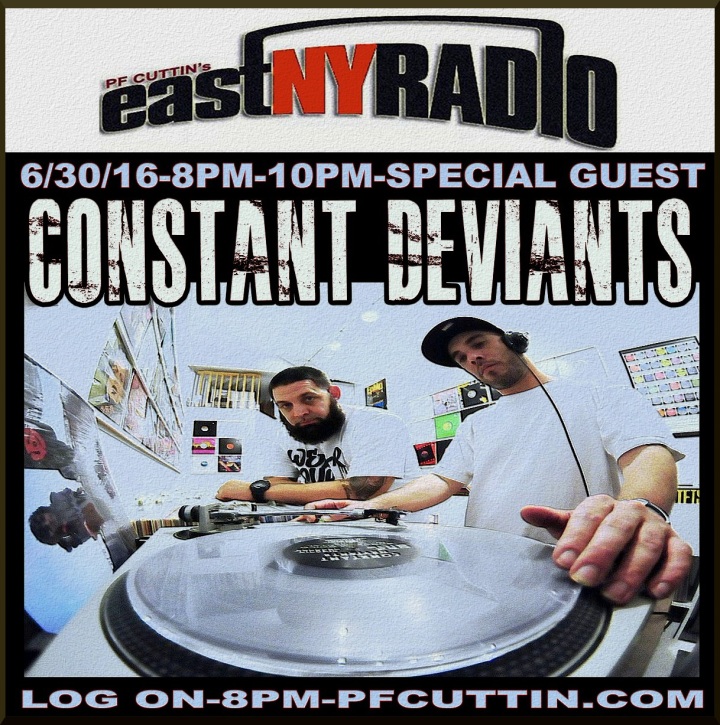 Next up, they travel back through to Brooklyn and will be live in the studio with PF Cuttin on his East NY Radio show.

The show broadcasts from 8pm – 10pm EST, and you can expect to hear the guys live from 8.30pm including a freestyle session. You can listen in live on MXLR or watch it on UStream

Good people, so try & catch the shows if you can

Meanwhile, keep up to date with Constant Deviants on twitter @Cnstnt_Dvnts & @Six2SixShift, on their FACEBOOK PAGE, and check out the official “Omerta” album stream

All international press, media and radio station DJ enquiries or requests regarding Constant Deviants can be sent to us at UrbanElite PR, contact details are HERE 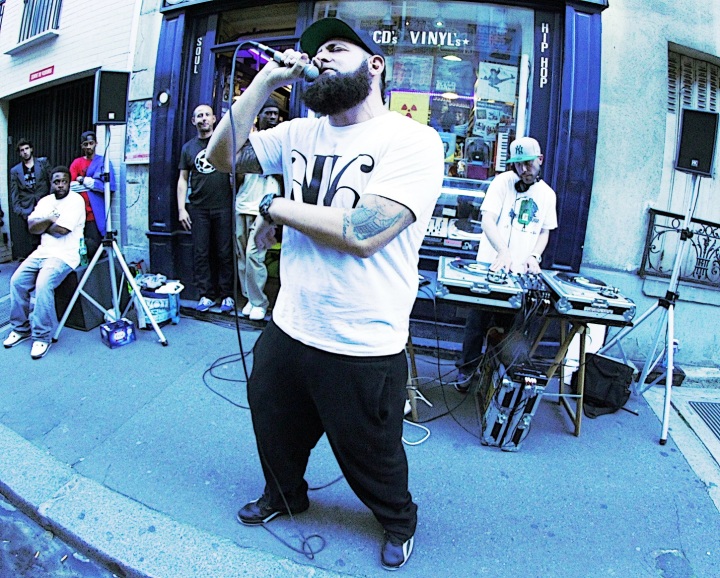 In the week of release of their new album “Avant Garde”, veteran hip hop duo Constant Deviants are in NYC meeting with media

You can hear them live on two radio shows tonight

As they prepare the launch of a new single campaign for the track “End All Be All”, they drop by on legendary turntablist “Crazy” DJ Bazarro from 5.30pm EST / 10.30pm UK GMT

YOU CAN HEAR THAT LIVE ON BEATMINERZ RADIO HERE

Then from 10pm EST / 3am UK GMT, they link up once again with Mic Handz at the GID Radio Studios for the Not 97 Show

YOU CAN STREAM THAT LIVE HERE

So tune in to those stations today to catch them live.

The album released yesterday 12th May on their Six2Six Records label, initially available for digital download with vinyl and CD formats coming in the next couple of weeks. All formats can be bought or ordered HERE

Here is the album stream on Soundcloud

Look out for much more international media coverage in the weeks ahead with further single & video releases. You can keep up to date with them on social media, on twitter they’re at @Cnstnt_Dvnts & @Six2SixShift and of course they also have their Facebook Page

All international media, press & radio station DJ enquiries or requests regarding Constant Deviants can be sent to UrbanElite PR. Our contact details are HERE